Jack Parow was left in a state of shock, after metered taxi drivers threatened him with a panga for attempting to take an Uber in Sandton last month. 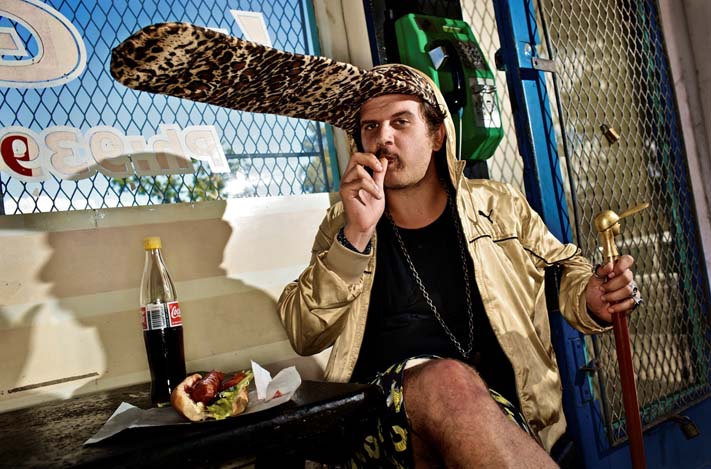 Jack Parow will appear as part of the line-up at the Johannesburg concert.

Speaking to TshisaLIVE, the rapper explained that he ordered an Uber outside the Gautrain station in Sandton, which has become a hotspot for violent incidents between metered taxi and Uber drivers.

Jack explained that as they were waiting to be picked up, a group of men surrounded them.

“When they heard that we were taking an Uber, they said: ‘We will break the windows if the Uber comes here and you will see what will happen to you,’” he said.

Jack said when the group of men saw their Uber drive past, one man pulled out a panga and began chasing them.

“It was insane! I didn’t know what to do because I am from Cape Town and didn’t know this sh*t was so serious in Jo’burg. I had a bottle of champagne from my event so I clung tight to it and thought, if this guy comes for me, I will defend myself with this bottle. We decided not to fight and ran into a nearby hotel to ask for help,” he said.

Taking to Instagram on Monday, Jack shared a gruesome picture of another friend who was stabbed multiple times in the face, while getting into an Uber.

The rapper explained that he decided to speak out about his own ordeal, after his friend’s attack, because something needed to be done.

“How is no one doing f***ing anything about this bulls**t! And don’t give me that kak about Uber taking jobs. That’s bulls**t, it’s still South Africans driving Ubers, but even if it wasn’t, how does that condone this behaviour?” he said.