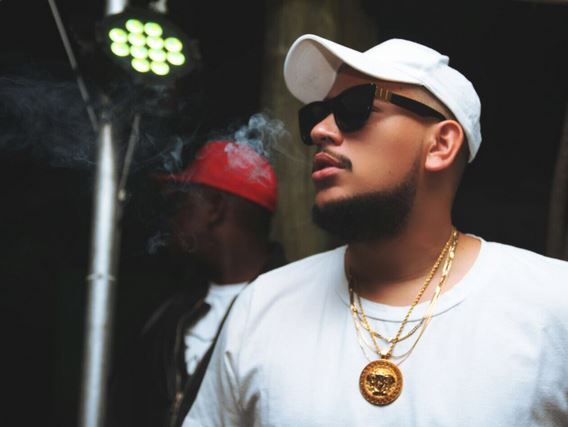 It’s been a difficult start to the year for South African rapper AKA.

In a recently published video, Mr Forbes looks to be struggling as his attempt to crowd surf with his fans goes horribly wrong.

AKA ended 2017 on a sour note, as he went public with the news that he and his girlfriend of two years, Bonang Matheba, had split up.

In the first few days of 2018 he admitted to feeling a lot of “pain” (all while his ex is living her best life on social media), and judging by a video that surfaced on Twitter, it looks as if he’s not getting much joy from other areas of his life either.

The video seems to be going viral after having been shared by publications such as ZAlebs and Channel24, and it shows AKA diving into a crowd at one of his concerts. He might have expected them to catch him and allow him to surf the “wave” as it were, but things didn’t quite go according to plan.

The rapper was swallowed up by the mass of people who were meant to be supporting his body and besides looking completely off-script, it appears as if the situation could have presented a health hazard for both audience and performer. A security team quickly attended to the matter as they tried to ensure AKA’s safety.

Take a look at how it all played out:

Perhaps he should warn the audience before performing his next stage dive, what do you think?

AKA says he is heartbroken after Bonang breakup