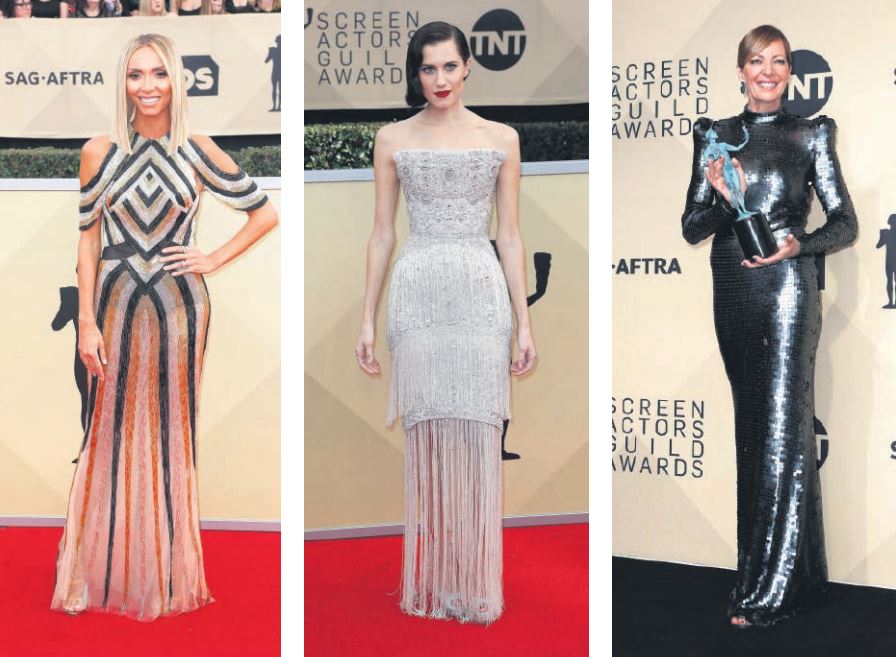 On the red carpet, a lot of vintage 1920s Gatsby-inspired looks were the order of the day. Best Supporting Actress nominee Allison Janney braved it out with a neckline silver-grey metallic scale dress. She went on to win her category.

What made the look so admiring is how the 58-year-old actress paired her dress with soft, minimalistic makeup and a tight, brushed ponytail. Netflix TV series Orange is the New Black actress Madeline Brewer stole the show with her bold red lipped and blush pink madeup face, which complemented her strawberry red pushed back hair. Choosing to accessorise with a diamond ear-cuff and pearled hair pin that complemented her nude coloured pearl ball gown by designer Reem Acra, Brewer looked rather ravishing.

Paired with her edgy bobbed cut hair and golden minimal face, Rancic could not have looked any better than she did. Outstanding Performance by a Cast in a Motion Picture nominee and Get Out lead actress Allison William is another one who stood out as she captivated the audience in her Ralph and Russo diamante crystal chandelier tasselled dress.

Together with a dark ruby bold lips and shaded eyes on a nude made-up face, highlighted by her brunette side-swept, pinned and tucked hairstyle, the actress was the belle of the ball despite not taking home the nominated award.