Zodwa Wabantu has slammed international reports that she has been banned from Zambia, after a politician labelled her “unchristian”. 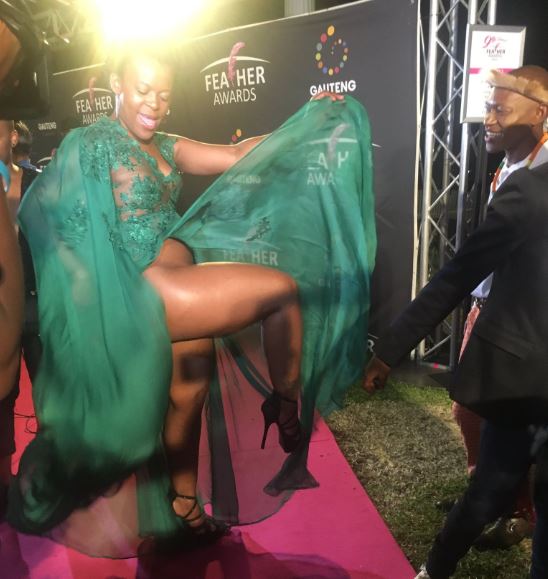 The controversial entertainer made headlines in the neighbouring country after the National Guidance and Religious Affairs Minister, Godfridah Sumaili told state-run newspaper, The Times of Zambia that she was not welcome in the country and was promoting immorality.

The minister later told another newspaper that Zodwa was not banned from the country but that it was a Christian nation, and the entertainer was “unchristian”.

However, Zodwa has apparently told TshisaLIVE that she will be performing in the country this weekend and will be doing so without panties.

“I will never wear a panty. I won’t change who I am for them. Maybe they think they will pray for me or make me better. I survived 2017 and I will survive this year. They can go and f**k off if they have a problem with it,” she told the publication.

Zodwa added that she did not understand why not wearing underwear was such a big deal because there were many Christians who did worse behind closed doors.

his is not the first time that Zodwa has received resistance from another country. Last year former Zimbabwean president, Robert Mugabe hauled her over the coals and stopped her from performing in the country.

'Jub Jub raped me too': More alleged victims speak out
3 hours ago
3 hours ago

Did Rihanna just deny the pregnancy rumours?
1 day ago
1 day ago

'Jub Jub raped me too': More alleged victims speak out
3 hours ago
3 hours ago

Did Rihanna just deny the pregnancy rumours?
1 day ago
1 day ago