As Musida enjoys her homecoming in Limpopo, some people on Twitter thought that our new pageant queen was "lacking" personality and is "cold."

The unexpected pitting against the former Miss South Africa (SA) Zozibini Tunzi and the new Miss SA Shudufhadzo Musida made its ugly head on Twitter on Saturday.

As Musida enjoys her homecoming in Limpopo, some people on Twitter thought that our new pageant queen was “lacking” personality and was not for the people.

On Twitter user said: “I absolutely have nothing against our new Miss S.A. it’s just that to me she feels more like a celebrity than a beauty pageant queen if you know what I mean.”

I absolutely have nothing against our new Miss S.A. it’s just that to me she feels more like a celebrity than a beauty peagant queen if you know what I mean.

People compared how when Zozi won she was more interactive with users online than Shudu, accusing Shudu of being “cold”, “distant” and not having “personally” because she is not interacting with people on Twitter.

She’s been accused of arrogance, being distant, cold and having no personality, all coz she’s not interacting with people on Twitter. An entitlement mess nje… https://t.co/gusoonkwNb

Zozi clearly ignoring the critics sent some love towards Shudu. Tweeting on her homecoming she said: “You’re doing the most. I’m so happy to see Limpopo coming out to embrace you and welcoming you home. Keep making everyone proud. We love you Miss SA. It’s your time. It’s your season.”

You’re doing the most????
I’m so happy to see Limpopo coming out to embrace you and welcoming you home. Keep making everyone proud ❤???????? https://t.co/i2uDw5zAaH

Tweeps were divided on where they stood on the issue, others said the hate Shudu is receiving is linked to tribalism because of same tribes “couldn’t” accept the new winner. Just as when Zozi won she didn’t receive love from everyone.

yes! Beautiful girl but where is the personality? Why doesn’t she interact with us? It has nothing to do with tribalism … we’re just used to Zozi replying to us. https://t.co/MTDOW2g7cG

It’s really ok for you guys to love Zozi & wish she could’ve been Miss SA forever but there’s honestly no need for these tweets about “something missing or off” about Shudu.
You’re being unnecessarily rude & also going against part of what Zozi stands for mos?
Be better people

What we’re not gonna do is act like Tsonga and Venda people don’t get unwarranted hate and violence directed at them. Them coming to the conclusion that some comments stem from tribalism isn’t just a frivolous grievance, they encounter these things enough to know what’s what.

It seems some expected Shudu to be a replica of Zozi… No it doesn’t work like that and yes there are some elements of tribalism in the hate she is getting. “superior“ tribes find it difficult when other people prosper and they are quick to spread hate and to compare. REST REST pic.twitter.com/I9KuKFG0Hf

I am glad Zozi has quickly shutdown the attempt to use her in discrediting Shudu. The “Zozi set the standards high” ????

This one is our Miss SA, she is unique just like Zozi was.

If you think she lacks something, just take that thing go to the competition and win it, simple. pic.twitter.com/RPZaWeldvk

People are weird. When Zozi won the competition last year, she was never really the public’s favourite(until she won Miss Universe). They trolled her on social media. Now they’re busy trolling Shudu for no reason. Such toxic behaviour????????‍♀️ 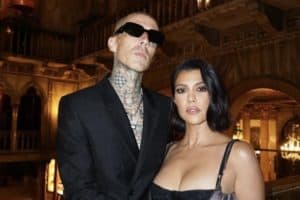 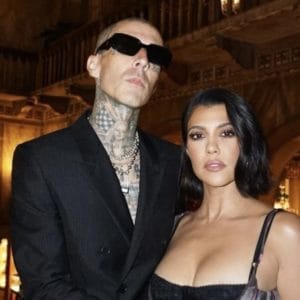