Simply put? Laughing while marginalised and disenfranchised societal groups are abused and murdered is dehumanising. 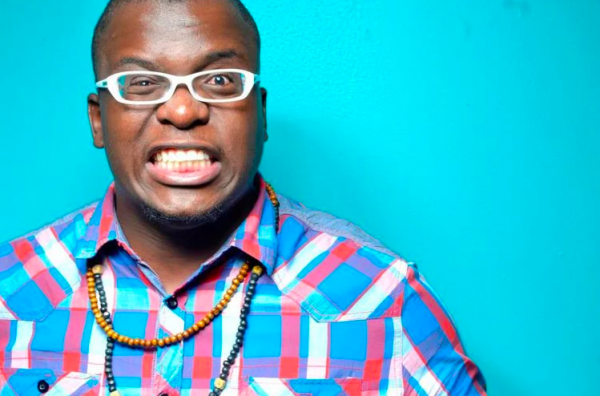 These are just some of the comments that were made by non-trans people after the MacG and Sol Phenduka drama unfolded earlier this week.

In case you missed exactly what happened and all the repercussions MacG has since faced, watch the video above for some context.

Many saw it fit to compare MacG (Macgyver Mukwevho) to comedian Dave Chappelle who has been known to joke about trans people. Something trans people have registered their disapproval of.

So what’s the big deal?

Simply put? Trans people and other members of the LGBTIQ+ community are yet another marginalised and disenfranchised group in society. They are more prone to suffering violence at the hands of other members of society. Much like women and children.

However, allow a queer person to put it into perspective.

Musician Sandiso Ngubane (who goes by the stage name Mx Blouse) weighed in on the situation during the week.

“The ongoing conversation about the acceptability of transphobic jokes is thoroughly disingenuous. The suggestions that we constantly have to educate adults is also weird. Like, how do you educate someone to see your humanity?

“For me it’s those of you who are adept at linking sexual micro-agression, GBV, and not feeling “safe” in society suddenly malfunctioning at the thought that queerphobic micro-aggression similarly makes queer people unsafe and often leads to violence.

Ngubane added that jokes sometimes embolden those who mean to do harm to others. They may not express this but the reality of this statement is lived every day by those who end up mourning a loved one who was killed for being different or killed for being perceived as weak and lesser-than.

This same applies to outing someone as a means to embarrass them or retaliate against them like an anonymous account tried to do at the height of the discussion on homophobia.

The account alleged that media personality Andile Ncube was secretly physically involved with other men and that his ex, Ayanda Thabethe was aware of this and tried to kill herself as a result. She has since denied those claims.

Perhaps if more people listened to what the queer community was saying, they could all be more like Siv Ngesi who felt secure enough in his conception of masculinity to unveil a new drag persona.

Check out these headlines:

Ayanda Thabethe says she never tried to take her own life