Agilitee influencer Somizi said that he does not do background checks on the companies that book him and said Lamba deserves a second chance. 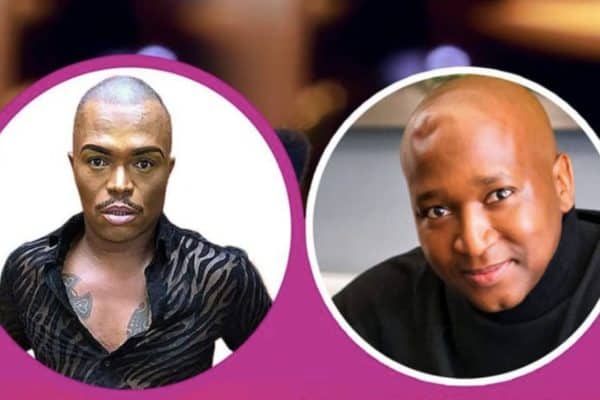 South African media personality Somizi Mhlongo-Motaung has found himself trending on social media after fronting as the face for a company named Agilitee which is linked to a man who once made headlines for faking his billionaire status.

Mandla Lamba is the man behind the new electric vehicle and green tech company which launched a few weeks ago. Agilitee held an event in Johannesburg in May where Mhlongo-Motaung filled the role of event MC alongside Pearl Thusi.

A look inside Agilitee launch hosted by Pearl Thusi and Somizi in Johannesburg. pic.twitter.com/tUWWpueM0G

It was also revealed at this event that Mhlongo-Motaung would be entering into a deal with Agilitee that would see him owning his own dealership for the electric vehicles.

Since then, the company has hosted launch events across the country in addition to social media activations and live streams aimed at attracting investors.

Who is Mandla Lamba?

All this media attention has reminded social media users that they know Lamba’s name for less-than-legit reasons.

Officially, this was the summary of the big business reveal that all of you can be part of if you are committed to fixing the economy… pic.twitter.com/bsmmp5Ao5j

Unless you dig deeper unfortunately. And if you did – and I’m not saying you should – you would find that billionaire Dr Mandla Lamba was neither a doctor nor a billionaire ????????

Wasn’t Mandla Lamba a scammer who got arrested or something !? https://t.co/b2MNIrVdSl

I’m not saying don’t invest neh. But do Google Mandla Lamba before putting your hard earned money there. https://t.co/BObVnu0mug

Corroborating Khaya Sithole’s Twitter thread, Fin24 reports that Lamba’s claims that he was Africa’s “youngest billionaire” and a mining magnate with close ties to president Cyril Ramaphosa and his wife, Dr Tsepho Motsepe were disproven.

Ramaphosa even went as far as calling Lamba’s claims “laughable.”

The publication and various social media users in the fin-tech space have pointed out a number of areas of concern related to the claims made about the deal by both Mhlongo-Motaung and Lamba.

Among those areas of concern are matters in Lamba’s past such as his involvement in selling funeral policies without being registered with the relevant authorities, and his previous arrest on charges of theft and culpable homicide.

There is also the question of Mhlongo-Motaung referring to Lamba as Dr Lamba despite his untrue claims of having a doctorate.

Speaking to Fin24, Mhlongo-Motaung admitted that he does not do thorough background checks on the companies that book him for influencer gigs.

He did, however, acknowledge Lamba’s previous brushes with the law and stated that “everyone deserves a second chance.”

Red flags have also been thrown up about Agilitee’s share price as laid out on Instagram by Somizi, the proposed return on investment and the fact that the company has asked potential investors to send their proof of payment via Whatsapp.

The publication has also laid out some issues with the property development company that Agilitee is set to go into business with named Visual International Holdings.

Lamba took to social media on Saturday for a live stream that he called a “special Agilitee shareholders address.”

He spent the better part of the stream singing along to the gospel music he was listening to before the stream began. At the 10-minute mark, Lamba addressed the reasons why he was trending on social media.

He confirmed that he had gone to prison and said that it was a moment in his life that he was proud of and grateful for as it saved his life.

“God took me to that place and kept me safe for all of you that believe in what Agilitee is doing.”

Lamba then waxed lyrical about the benefits of trending as a result of the negative attention and claimed that Agilitee has officially become a global company.

“I don’t have time to entertain things like this, I am a busy man building a global company with an amazing team,” said Lamba.

He went on to claim that he is “being attacked” because he is at the forefront of greatness and that “they” will keep coming but that there is no harm that “they” can do – presumably in reference to his detractors.