EFF comms manager and rape survivor Nampree are ready to 'take it to the streets' after the EFF shared a birthday wish from DJ Fresh. 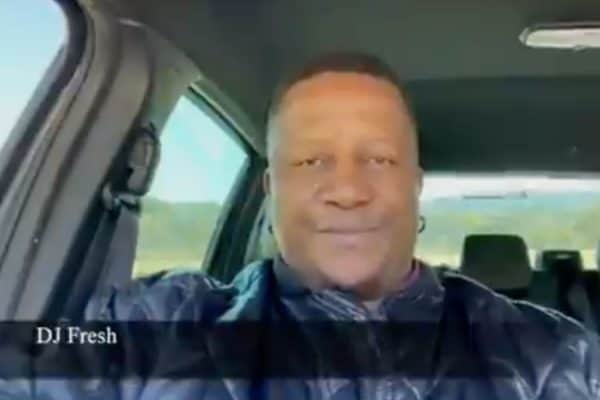 A video recorded by DJ Fresh for the EFF's eighth birthday celebrations has caused a war between Nampree and EFF comms manager Sixo Gcilishe | Picture: Twitter

A birthday wish from DJ Fresh shared on the official EFF Twitter account over the weekend has led to the EFF comms manager trending for her conduct towards rape survivor, Nampree.

“I’d love to see one of them as president or deputy president of the party,” she added.

She later went on to tweet about regretting ever voting for the party before labelling it a “safe haven for rapists.”

The tweet left a bad taste in the mouths of many women on Twitter, a large number of whom are rape surivors.

The following day, Nampree went on to share her disappointment with the party and how she was affected by their decision to share the video.

She also revealed that she had been keeping a list of organisations that she says have “deliberately failed” her and promised to air the dirty laundry one day.

“One day, when I’m allowed to speak, I will say it all. All of it. Keep pushing me and one day, I won’t care what your lawyers say, I will speak,” she tweeted.

On Monday evening, she tweeted EFF comms manager Sixo Gcilishe and told her that she had “won” before going on to express her shock that the party’s communications manager is a woman.

“A whole rape enabler, maybe she’s a pimp, she profits from rape, bc what other reason?”

“I wonder what she gets from endorsing rapists,” she added before going on to insult the EFF comms manager and label her a “patriarchy princess.”

She later apologised to her followers for resorting to insults in a moment of anger.

Nampree, who once claimed to be related to the late Winne Madikizela-Mandela, also took offence to Gcilishe’s mention of her grandmother in her Twitter bio.

Gcilishe woke up and threw down the gauntlet.

The EFF comms manager refused to back down, even when her peers appealed to her and returned a few of the insults hurled her way by Nampree.

In January, @Nampree took to Twitter to accuse the two DJs of allegedly drugging and raping her in 2011.

A few days later, she opened a case with the police.

“As per the case number you provided, I can confirm a case of rape was opened at Sunnyside Police Station and is under investigation. No arrests have been made,” Captain Mavela Masondo said to this publication at the time.

Her case was dismissed in April due to insufficient evidence.

READ NEXT: No trial means Euphonik, DJ Fresh will never truly be cleared of rape allegations