Somizi addresses abuse claims: Mohale ‘not a victim in this situation’

Somizi has vehemently denied his estranged husband Mohale Motaung's claims that he was physically abusive, saying Mohale is no victim. 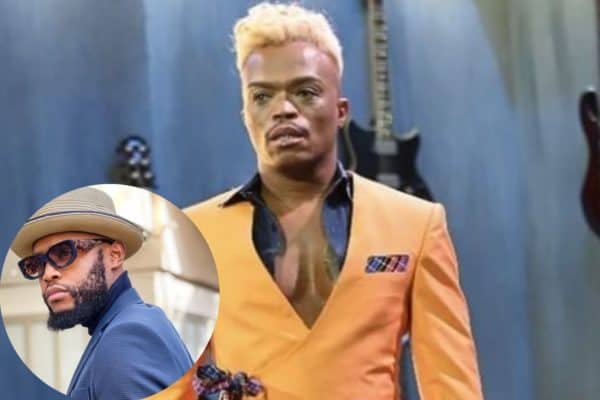 Somizi Mhlongo has come out swinging after his estranged husband, Mohale Motaung, dropped the bombshell that he was physically abusive during their relationship.

Somizi said it was time to “defend his [Somizi’s] honour” and in a lengthy statement released on Friday, he said there was an altercation between the two but Mohale was not the victim.

The Idols SA judge said the “facts” were that their marriage did have its ups and downs but he was never physical or “knowingly abusive towards my estranged husband”.

He “vehemently” denied allegations of criminal acts towards Mohale.

“What I am going to state, however, is that we had one altercation in which I had to defend myself and both of us were physically hurt by the other.”

Somizi said he could not reveal any more details but that Mohale “was not a victim in this situation”.

Take a look at Somizi’s statement below

The media personality also denied claims made by Mohale that he was financially sabotaging his career and intentionally blocking his opportunities. Somizi also rejected reports of their sex life and alleged sex parties.

“What has been said is absolutely untrue,” he said.

RELATED: ‘Somhale’ over? Trouble brewing between Somizi and Mohale

Somizi said his career relied on having a good reputation and public image, adding that the “smear campaign” on his name could hurt him in future and cause a “loss of income”.

On the divorce, which both parties want, Somizi said he wanted the process finalised fairly and reasonably.

“I am taking what was said by my estranged husband very seriously and my legal team is taking steps to address those allegations through processes afforded to us by the law.”

Mohale made explosive claims in audio clips leaked to the media earlier this week, detailing instances in which Somizi allegedly threatened him with a knife three weeks into their marriage.

He also alleged that Somizi once broke his ribs sometime last year, in addition to trying to run his car off the road during another violent dispute. Mohale has been publicly supported by some celebrities, who said they believed him and urged others to speak out.

Somizi concluded by saying he loved Mohale, and that he was the love of his life.

“I loved loudly and proudly. As such, you all have experienced our relationship by virtue of my reality TV show, our wedding special on TV and our social media platform.”