Who is Thuli Phongolo dating? A round-up of her rumoured baes

From Duduzane Zuma to Eric Macheru, we take a look at all of Thuli Phongolo's rumoured partners over the years. 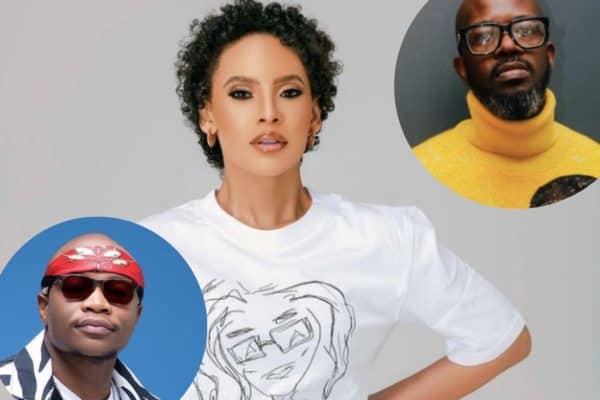 Despite the fact that Phongolo has never officially been linked to anyone, fans have imagined her with everyone from Master KG to DJ Black Coffee. Picture: Instagram

Actress Thuli Phongolo is one of the hottest faces (and bodies) in the game.

That is one of the main reasons that she has erroneously been linked to so many famous men.

Over the years, rumours have flown about Phongolo dating everyone from Eric Macheru to Duduzane Zuma.

This despite the fact that Phongolo has never officially been linked to anyone.

Onscreen, however, she has played the romantic interest to characters such as Jackson Bogatsu (Shona Ferguson) from Rockville, Thabang Manaka (Warren Masemola) from The Republic and Smanga Moroka (Moopi Mothibeli) from Generations: The Legacy.

While we may have no idea what that list looks like in her real life, we take a look at all the men that fans have assumed Phongolo is dating.

According to ZAlebs, Phongolo – who starred in Generations: The Legacy at the time – was spotted with Skeem Saam’s Eric Macheru wearing matching T-shirts at an event back in 2017.

The rumours quickly died down but not before gaining some serious traction online.

Her link to Black Motion’s Bongani Mohosana has been the most believable thus far, after the pair’s photos from a safari getaway were compared a few months after her rumoured links to Macheru.

Neither party ever confirmed nor denied the romance and Mohosana has since started dating DJ Zinhle.

Imbewu: The Seed actor Raphael Griffiths is another man that Phongolo is rumoured to have dated. According to Drum Magazine, she and Griffiths had an on-again, off-again romance plagued by drama.

Zuma most famously trended around the same time for sharing a video of himself walking to the same song.

They both denied the rumours.

It is unclear where the rumour that Phongolo is dating Black Coffee came from but it gained traction in 2018.

This particular rumours were not addressed by either party.

Phongolo seems to have grown tired of keeping quiet about these rumours regarding her dating life as she recently took to Twitter to shut down rumours that she was dating Master KG.

Social media users accused the actress of being “shady” by asking people to “respect her” after assuming that her choice of words was a slight against Master KG. The Jerusalema hitmaker also addressed this, saying that there was nothing wrong with how Phongolo chose to phrase her denial.

She also addressed rumours that Bongani had dumped her for DJ Zinhle.

Phongolo keeps her public persona all about the business so we highly doubt that we’ll ever find out who has her heart. However, one thing remains true; fans are watching her love life closely.

In October 2021, Phongolo was rumoured to be dating DJ Maphorisa. However, she has also denied this despite numerous pictures and videos of them looking cozy.