VIDEO: MacG slams claims Somizi was being ‘predatory’ towards him

Podcast and Chill host MacG Mukwevho is fine with Somizi Mhlongo's past jokes about taking advantage of him when he was down and out. 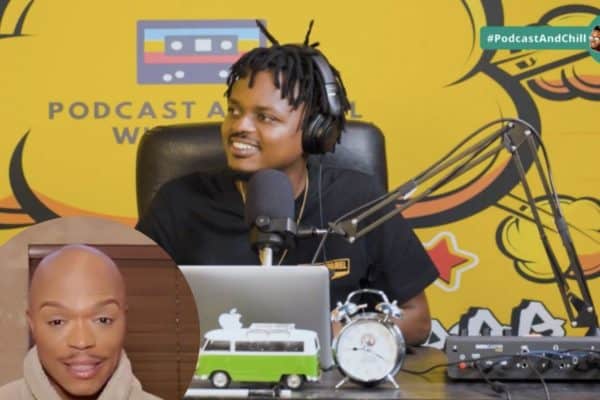 MacG addressed the claims that Somizi was "being predatory" when he made mention of taking advantage of him in a past interview | Picture: Screenshot (YouTube)

Podcast and Chill host Macgyver “MacG” Mukwevho has slammed claims that former Idols SA judge Somizi Mhlongo was being predatory when he made certain comments in a past interview.

The clip was taken from an old interview of Mhlongo conducted by MacG back when he still worked at 947.

Pro-Zuma bot account @DJNewAfrica shared the clip in which Mhlongo can be heard joking about taking advantage of a vulnerable Macgyver “MacG” Mukwevho.

The clip from MacG’s Somizi interview shows the then 947 DJ opening up to the celebrity choreographer about how he fell into a depressive episode after being fired from yet another radio job.

Mhlongo then asked him what he did to cope with his depression and the DJ admitted to abusing alcohol and becoming promiscuous to deal with what he was feeling.

“Damn! Where was I?” responded Mhlongo before adding that it was the opportune moment to “pounce” because he had always had a crush on the DJ.

“But I’m only into girls,” said MacG, to which Mhlongo responded “When you’re vulnerable, anything goes.”

In a recent discussion on Episode 278 of Podcast and Chill about the furore that erupted after the clip resurfaced, MacG told his co-host, Sol Phenduka, that he did not feel violated by what Somizi said.

“Ah man … He was just kidding,” exclaimed MacG before adding that the clip was “taken out of context.”

“Nah, man I didn’t feel like I was being preyed on,” concluded MacG.

This week’s episode of The Entertainment RoundUp looked back at how Massiv Metro DJ Penny Lebyane threw down the gauntlet in her ongoing battle with ex-lover DJ Fresh and reacted to the new Nando’s ad which poked fun at the “Tembisa 10” saga.

Opinion: Anele tried, and failed, to make a point using Michelle Williams
4 hours ago
4 hours ago

Opinion: Anele tried, and failed, to make a point using Michelle Williams
4 hours ago
4 hours ago