Meghan and Harry have not yet introduced Lilibet Diana to the royal family, and royal fans are wondering if it will happen soon. 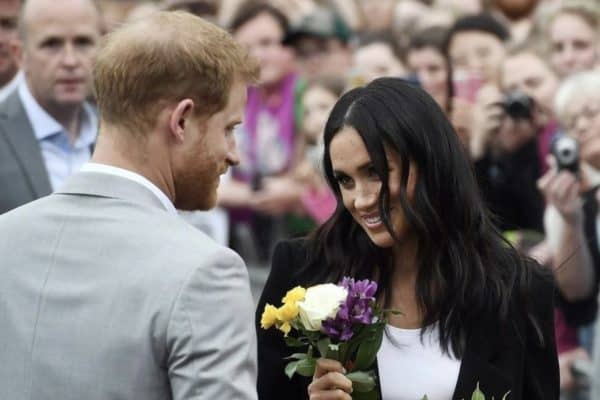 In this week’s royal update, it has been revealed that Meghan Markle and Prince Harry do not regret their decision to leave the Palace as well as their royal duties.

The royal family has still not addressed the racism claims made against the Duke and Duchess’s first child, Archie, and Queen Elizabeth made a savage comment about William when he was born.

During the bombshell interview that the Duke and Duchess of Sussex had with Oprah Winfrey earlier this year, the couple alleged that when Meghan was pregnant with their first child, Archie, there were concerns amongst some royal family members that their son’s skin tone would be “dark”.

Shortly after the interview, a statement was released from the Palace which said: “The whole family is saddened to learn the full extent of how challenging the last few years have been for Harry and Meghan.

“The issues raised, particularly that of race, are concerning. While some recollections may vary, they are taken very seriously and will be addressed by the family privately.”

According to the Daily Mail, a source told Meghan and Harry how their royal family members could be ignoring their allegations with hopes that it would eventually go away, but he also mentioned how in most cases ignoring such topics could make things worse.

“There is a feeling that if it is ignored it will go away but surely by now they should have learned that that never happens,” said the source.

Royal fans have been speculating about when the couple would be taking their daughter to the UK to meet her royal relatives, and with the forthcoming tell-all memoir, it may not be as soon as some hope or expect.

According to a Daily Express report by royal correspondent, Camilla Tominey, Prince Charles was overjoyed with the birth of his first son and shared the news in a letter to his second cousin Patricia Mountbatten.

“The arrival of our small son has been an astonishing experience and one that has meant more to me than I ever could have imagined.

“I am so thankful I was beside Diana’s bedside the whole time because I felt as though I’d shared deeply in the process of birth and as a result was rewarded by seeing a small creature who belonged to us even though he seemed to belong to everyone else as well,” wrote Charles.

However, according to Tominey, Queen Elizabeth was filled with different emotions when it came to the birth of her grandson after making a comment about Prince William’s physical features.

“Thank goodness he doesn’t have ears like his father,” said the Queen.

Harry and Meghan do not regret their royal departure

Royal reporters Omid Scobie and Carolyn Durand report, in a new epilogue from the book Finding Freedom, that Meghan and Harry are happy with their newfound independence, and they are proud of the decision they made to quit their royal duties and pursue a life separate from the monarchy.

“As difficult as recent years have been, sources close to the Sussexes say that neither Harry nor Meghan have any regrets about the decisions they have made,” wrote Scobie and Durand.

According to People, the couple is excited about their “new era of visibility” once the pandemic subsides and the two are able to attend more events in person.

They’re a couple who do very well in those moments of human interaction,” Scobie told the publication recently.

“They need to be on the ground,” reported People.