Thuso Mbedu has won herself a Hollywood Critics Association Award for 'The Underground Railroad'. 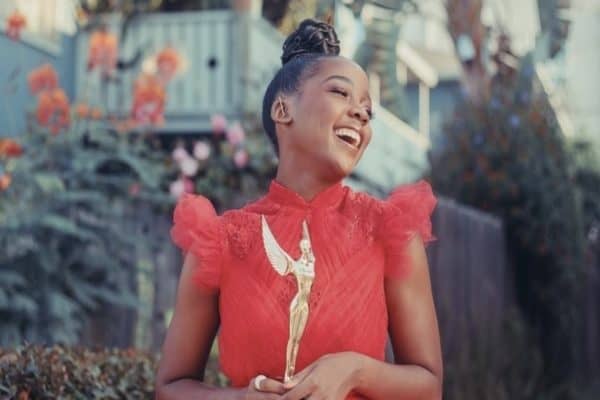 Known for her outstanding role as Winnie in Is’thunzi, South African actress Thuso Mbedu is making major strides in her acting career, so much so that she has won herself a Hollywood Critics Association Award.

The actress made her big move from South Africa to California in 2019 after being cast as Cora in the US miniseries, The Underground Railroad.

The synopsis of the limited television series reads: “The Underground Railroad is the story of Cora, a slave on a Georgia plantation in the mid-1800s who escapes with another slave named Caesar and finds her way to the Underground Railroad, reimagined here as an actual rail system complete with conductors, engineers, and trains.

“In the premiere, Cora is told that she will see America as she looks out the window of the train, and the arc of the series fulfills that in a sense as she’s taken across the country, first to a community that seems safer but harbors dark secrets and through the heartland of the nation in a way that makes her confront her past and future.

“A vicious slave catcher named Ridgeway tracks her, but The Underground Railroad is more than a mere chase story. The overall arc of Cora’s narrative ebbs and flows through viciously realistic violence and into more dreamlike fantasies and back again.”

Taylor-Joy won the award, Mbedu was presented an honorary recognition award as “TV Breakout Star” and took to social media to announce it, thanking the people in her life who have stood by her. She also thanked her styling team for “always making me feel like a winner”.

“Thank you very much to Hollywood Critics Association for this special recognition. #TheUndergroundRailroad has been an amazing journey from start to finish. I could not have asked for a better introduction to storytelling on this side of the world. I am truly honoured. Truly. Thank you to every single person who has walked this journey with me. You’re loved by me. Forever,” wrote the star.

Many of Mbedu’s fans, friends and followers celebrated her big achievement by congratulating her on social media, expressing how proud they are of her for flying the South African flag high.

Here is what some of Thuso’s fans had to say