Boity took to her Instagram page to thank her fans and loved ones for the love and support they have shown her. 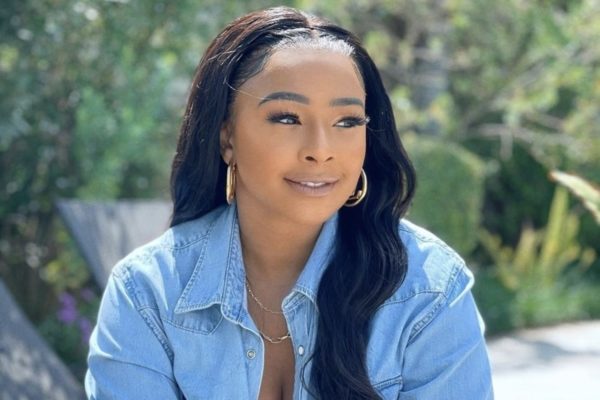 South African TV personality and businesswoman Boitumelo “Boity” Thulo seems to be doing well and living her best life following the assault incident which took place between her and media personality, Bujy Bikwa.

The Bakae star took to Instagram to give her 5.1 million followers an update on how she has been doing, and she also thanked everyone who had shown their love and support for her.

“Thank you to everyone that has sending me love, support, and keeping me in their prayers. It means the absolute world to me. I’m doing really well and feeling better than ever. Only way from here is up,” said Boity.

She released a statement after the incident where she confirmed that she was “indeed an unfortunate victim of a vicious physical assault”.

Videos and audio clips that were later revealed to the public confirmed that Bujy threw a wine glass at Boity, which resulted in her sustaining injuries that led to her being taken to a nearby hospital.

Alongside the update she posted on her story, she also posted two pictures on her Instagram page of herself receiving a champagne package, and another of her hand being held by actor Anton David Jeftha.

Anton also took to social media to post a picture of himself holding a gorgeous bouquet of multi-coloured flowers in one hand, and Boity’s hand in the other as he supports her while she climbs on what seems to be a yacht.

Thulo and Jaftha’s fans are convinced that the two are more than just friends and that they are in a romantic relationship.

Is Boity hinting that she is ready for motherhood?
3 days ago
3 days ago

Is Boity hinting that she is ready for motherhood?
3 days ago
3 days ago