Twitter users aren't happy that Makhadzi performed during a ANC rally in her home province of Limpopo. 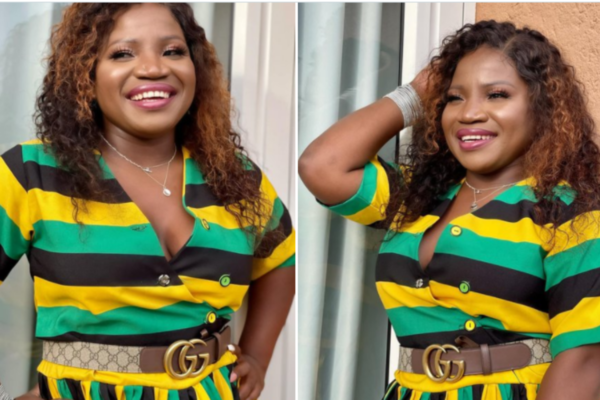 Makhadzi performed at the ANC's rally in Limpopo in ANC colours. Picture: Twitter

Makhadzi had the chance to meet President Cyril Ramaphosa and perform in Limpopo during the ANC’s rally in her home province over the weekend.

As the municipal elections day nears, Makhadzi was wearing ANC colours and the singer is being dragged for supporting the ruling party.

Pictured in green, yellow and black, the Limpopo hitmaker’s attire and “allegiance” left a bitter taste in the mouth of some Twitter followers, resulting in the popular artist deleting her social media posts.

A Twitter user by the name Xabiso Mtwana wrote: “Defending Makhadzi, Shimza or any artist that support the ANC is tantamount to defending the ANC itself. We want all young people to isolate the oppressor called ANC. Any artist that [sides] with the oppressor because of money must be exposed. It’s time to teach the ANC a lesson.”

The reaction from both sides was extreme. On the one end, people said artists such as Makhadzi, DJ Tira and Shimza, who in the past have campaigned for the party and performed at ANC rallies, are just trying to make extra money.

While the other side said the artists who do so are out of touch with the realities of many citizens and supporting the ANC is supporting their faults such as corruption.

ALSO READ: Should Makhadzi be apologising for her ‘controversial’ photograph?

Makhadzi hasn’t said she supports the ANC, as her fans argued she could possibly perform for opposition parties such as the EFF and the DA because she is one of the most popular artists in South Africa currently.

It was also brought up that celebrities who support the EFF such as Uncle Vinny, Ntando Duma and Zahara aren’t criticised for performing or speaking at their rallies.

Earlier this month, politician Mmusi Maimane served a “certified L” to Shimza after he attempted to defend the R15 million stadium saga in the Eastern Cape.

Shimza tried to say the amount was justified despite the stadium lacking infrastructure and was further entangled after his rumoured partner Athi Geleba- head of digital communications in the Presidency – also defended the costs.