Charlene was prohibited from air travel due to the medical procedures which led to her stay in South Africa. 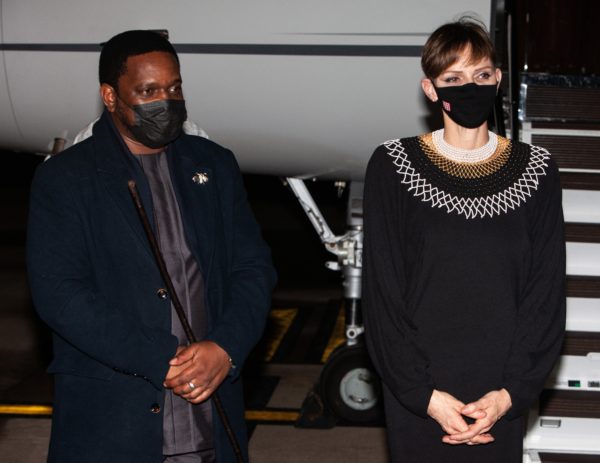 Princess Charlene of Monaco has finally returned to the city-state after an extended stay in South Africa.

The Bulawayo-born royal left the country on a private plane from King Shaka International Airport on Sunday evening.

Her Serene Highness (HSH) arrived in South Africa earlier this year to work and raise public awareness around various humanitarian causes, while empowering ambassadors and affiliates to continue making a difference in their communities.

But the former Olympic swimmer and founder of The Princess Charlene of Monaco Foundation South Africa fell ill and was hospitalised many times after contracting an ear, nose and throat infection during her stay.

She has since recovered well and is looking forward to reuniting with her family.

Princess Charlene was prohibited from air travel due to the medical procedures which led to her extended stay in South Africa.

But she put the extra time in South Africa to good use.

HSH worked tirelessly on her foundation’s initiatives, with a particular focus on #chasingzero, #educate2gether, and #feed2gether.

Princess Charlene also lent her voice and influence to speak out against wildlife poaching, something the monarch is “exceptionally passionate about”.

Through the Chasing Zero Initiative, Princess Charlene was involved with various conservation operations such as rhino monitoring and tracking, deployment with the anti-poaching unit, educational wildlife photography sessions, and a white rhino dart and dehorning exercise in KwaZulu-Natal.

She also implemented the “Learn to Swim” and “Water Safety” programmes aimed in particular at disadvantaged children who are at risk of drowning due to their environment.

In the five years since its inception in 2012, her foundation has established 149 projects in 33 countries, reaching nearly half a million people, mostly children.

“South Africa has – and always will be – in my heart. Every time I visit this beautiful country, I am filled with immense joy and pride,” said the princess.

“I want to thank everyone for being so hospitable and supportive during my time here. I am looking forward to reuniting with my six-year-old twins, Jacques and Gabriella, and husband, Prince Albert.” 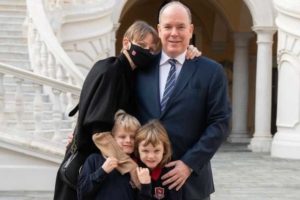