Khanyi says Kudzai has shown men that 'it is okay to show strength in pain' and fight for the women that they love. 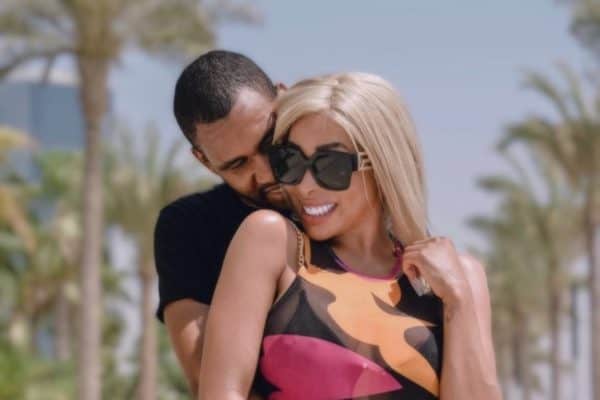 What most saw as a dramatic lover’s quarrel was actually a lesson to be learned. That is the view of Khanyi Mbau, when it comes to the drama that occurred between herself and her boyfriend Terrence Kudzai Mushonga a few weeks ago.

Speaking at the 2021 Feather Awards at the Market Theatre in Johannesburg on Thursday evening, Khanyi commended Mushonga, 28, for teaching his fellow men how to conduct themselves in a relationship.

“It wasn’t a song to make fun of anyone, it was actually a statement. My journey has changed since I started in the industry. I was a kept woman but I worked my way up in the industry to become the woman that keeps others.”

Speaking about her relationship drama, Khanyi says by leaving Kudzai in Dubai, she was empowering young women who look up to her, who may also be “slay queens” that want to travel the world like her.

“The message was, don’t be in a relationship because you have to, be there because it’s a holiday and you want to. And even if he pisses you off on the second day of your vacation, first-class back home.”

Khanyi then dedicated her award to him and said by making their issues public, declaring his love for her and forgiving her for what happened, he has shown men that “it is okay to show strength in pain, that it is okay to be remorseful on social media and look like the fool but show that men, too, have emotion and you can show how much you love a woman”.

“I know it seems like a joke, our relationship lost its status in a way, but if you look at it, a young boy of 28 has taught men to fight for the women they love. That’s the trend. So, if uphuma ngathi uyabuya, [leave as if you’ll be right back] it’s not an insult, it’s knowing your worth,” concluded Khanyi.

See a full list of 2021 Feather Awards winners below: