If you want to rub shoulders with the who’s who on the South African social circuit, the Royal Polo Day at the Royal Marang Hotel in Rustenburg is where you should be on 4 December . 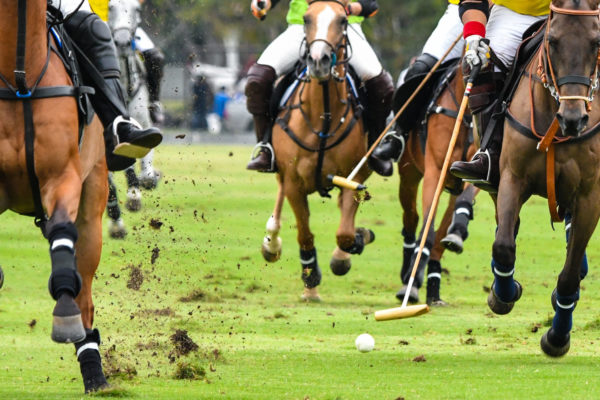 It’s been almost two years since socialites and influencers really had an opportunity to put their best fashion foot forward.

And now the Royal Polo Day, taking place on 4 December at the Royal Marang Hotel in Phokeng, Rustenburg, is about to change that.

The inaugural edition of the Royal Polo Day was launched to media, socialites and influencers at the Blueberry Hotel in Randpark Ridge, Johannesburg, on Wednesday.

The event is set to become one of the hottest tickets on the social calendar. Norma Mngoma and Real Housewives of Johannesburg star Brinnette Seopela were in attendance for the announcement of the theme.

Stoan Seate, member of the legendary Bongo Maffin, was announced as the ambassador for the event. Seate, who recited a poem to guests at the launch, will also be the MC at the afterparty.

The day promises to be fire, filled with exhilarating sport, high fashion and a hot entertainment line-up for the afterparty that will see the likes of Shekhinah, Black Motion, Sjava, Msaki, and Kwesta take to the stage.

Li’TheCa Eventique, the organisers of the event, has partnered with Absolute Polo and Gemini Park Polo Club to deliver an authentic match experience for the lovers of the sport. The Royal Polo Day has also been officially sanctioned by the South African Polo Association.

Speaking at the launch, Lindiwe Pholo, CEO of Li’TheCa Eventique, said the event was inspired by her team’s desire to contribute to the resuscitation of the tourism industry, adding that the Royal Polo Day was a vehicle for social impact and economic recovery through tourism.

“It is more than just another social and sporting event on the calendar. It also offers meaningful engagement with a progressive audience that has a taste for the finest lifestyle,” she said.

The theme for this year is “Canyon Sunset”. Think rich, luxurious colours like blues, greens and reds – glamorous sunset colours.

Tickets for the event are available via Ticketpro, Spar and Postnet outlets, starting from R550 for general access and R2650 for VIP.

'I've been silenced': Unathi speaks out on Sizwe Dhlomo row after Kaya axe
19 hours ago
19 hours ago

WATCH: Oprah's has a South African Thanksgiving with Nomzamo Mbatha
20 hours ago
20 hours ago

'I've been silenced': Unathi speaks out on Sizwe Dhlomo row after Kaya axe
19 hours ago
19 hours ago

WATCH: Oprah's has a South African Thanksgiving with Nomzamo Mbatha
20 hours ago
20 hours ago