The Christmas portrait sees the entire family dressed in smart outfits, smiling and posing in front of a heavily decorated Christmas tree. 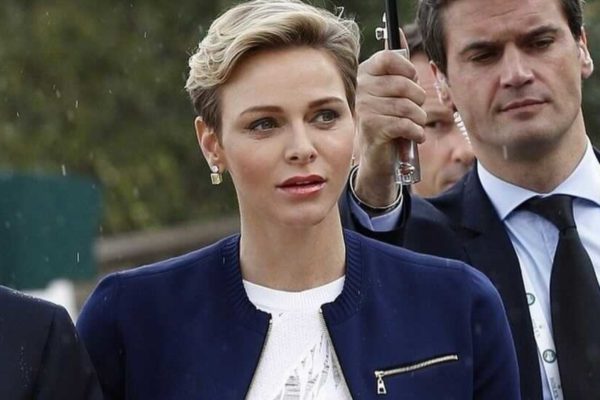 It has been a while since Prince Albert has given any updates on his wife, Princess Charlene and her wellbeing, but the recent social media post she shared has people believing that she is doing just great, and may be back in Monaco.

The princess recently took to her private Instagram page where she shared with her fans and followers a sketched Christmas greetings portrait of herself standing alongside her husband, Prince Albert, and their seven-year-old twins, Princess Gabriella and Prince Jacques.

The portrait sees the entire family dressed in the smartest outfits, while smiling in front of a heavily decorated Christmas tree which has some presents placed at the bottom of the tree.

“Wishing everyone a beautiful and safe festive season all my love,” said Charlene in the caption of her post.

It is not clear when the original photograph was taken and how recent it is, but the sketch posted by Charlene left many speculating that she may be back home in Monaco with her family for the festive season.

ALSO READ: Princess Charlene’s father opens up about her physical and mental health

Soon after the princess returned home from South Africa for a long period of 6 months, her husband made it known to a few publications that he as well as Charlene had decided that she should go to a wellness facility just outside of Monaco to focus on her healing after suffering from emotional and physical exhaustion.

Earlier this month, Her Serene Highness broke her social media silence from the treatment facility by sharing a picture of her twins on Instagram, and wishing them a happy and blessed seventh birthday,

“Happy birthday my babies. Thank you God for blessing me with such wonderful children. I’m truly blessed,” said the mother of two.

Following the birthday post, Charlene’s father, Mike Wittstock spoke to YOU magazine about the princess and her state, and said that he is rather hopeful that she will be on the mend soon.

He also made a comment on how the princess used to swim lengthy distances on a daily basis when she was training as a professional swimmer, proving her resilience.

“My daughter used to swim 20km a day. Based on the way she used to train, I know she’s tough and will get through this and come out much stronger,” said Wittstock.