The new Chicken Licken ad imagines what life would be like if the police hired Lebane 'Rasta' Sirenje as their new sketch artist. 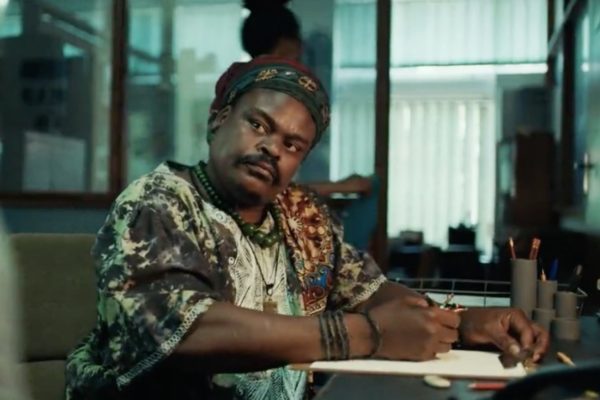 Chicken Licken struck gold once again and started off 2022 on a hilarious note with their new ad.

As a way of presenting their new product – chicken nuggets called ‘Soul Bites’ – the theme of the advert centred on “Nuggets of Wisdom.”

The video is set at a police station, where a senior police officer imagines hiring Lebani Sirenje – aka Rasta – as their new sketch artist.

Rasta is known for his ‘bad’ portraits of well-known figures which don’t always resemble the subject of the artwork. The ad humorously plays into this perception of the artist’s work.

In the scenario depicted, the officer imagines the impact of what life would be like if his team used Rasta’s sketches to identify, track down and arrest suspects.

Amusingly, the police in the imagined scenarios arrest multiple suspects of different ages, races and genders because of the abstract nature of Rasta’s sketches which can be interpreted differently, depending on who is looking at the sketch.

The scenario then leads to a backlog which eventually – and hilariously – leads to the arrest of the senior police officer himself.

Watch the ad featuring Rasta below:

At the end of the Chicken Licken ad, the words “Choose your sketch artist wisely” appear across the screen as we see Rasta not landing the job due to the police officer’s ‘nuggets of wisdom’.

The new menu item Soul Bites are priced at R27 and come with small chips.

Chicken Licken may not want their new product compared or confused to their own hot wings or even competitors like KFC or Nando’s.