DJ Zinhle didn’t hold back on Saturday when she responded to Twitter trolls’ comments about her relationship with AKA. 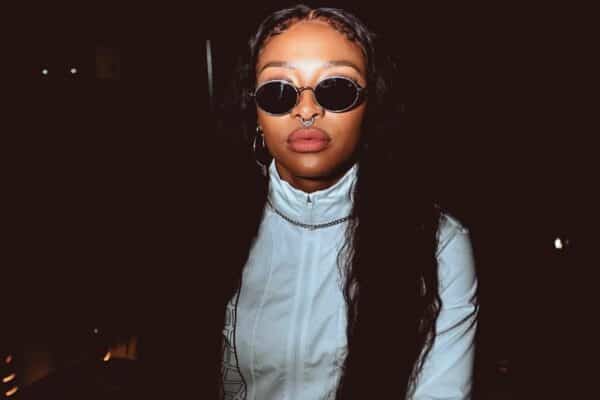 South African DJ and business woman DJ Zinhle has had enough of the Twitterati’s constant running commentary about her relationship with rapper AKA.

Zinhle and AKA have a 7-year-old daughter, Kairo Forbes together. The two have successfully been co-parenting their daughter, much to the dismay of tweeps as it would seem.

A video of DJ Zinhle and AKA dancing ‘together’ at their daughter’s seventh birthday party sent the streets of social media into a frenzy with netizens suggesting that Zinhle is still in love with AKA and that her current partner and father to her baby daughter is just a rebound.

ALSO SEE: ‘Somizi’s child is older than you!’ – Tweeps react to Mohale’s age

Speculation has been rife that the couple secretly got married after reports surfaced that Zinhle and Bongani allegedly had their traditional wedding ceremony and that the Black Motion drummer had paid lobola for the producer.

Controversial celebrity Twitter blogger Musa Khawula didn’t let the opportunity to stir the pot pass him, posting a poll on his timeline asking tweeps to vote whether or not they think Zinhle is still in love with AKA.

“The same people that dared to opine on Zinhle and AKA and how they choose to raise their daughter in an environment filled with love and no anxiety causing tension are the same ones that preach mental health and throw around buzz words like heal,” she tweeted.

Veteran actor, Sello Maake Ka-Ncube also took to his Twitter timeline in support of DJ Zinhle, saying that women should learn from her and that she has his respect.

“South Africans are really sad, DJ Zinhle is doing what many of us wished and longed for most of our lives. For our baby mamas to be mature enough and put aside our differences as parents and allow us access to our children. Zinhle, women should learn from you. You have my respect.”

DJ Zinhle, who clearly has had enough of strangers weighing in on her relationship with the fathers of her children, also took to Twitter posting a series of Tweets clapping back at the haters and trolls; comments.