After appearing in a fashion show for Miami Swim Week, Angela Simmons decided to share unedited images of her body much to her fans' delight. 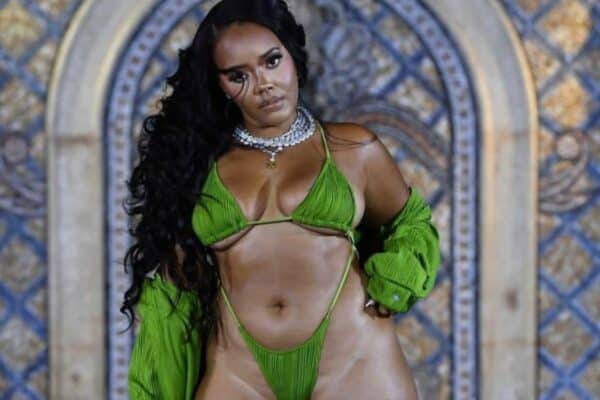 Reality star turned businesswoman, Angela Simmons, has been hailed for doing something that many consider to be brave. She was showered with praise and adoration when she posted pictures and videos of herself in a bikini with no editing and no filters.

The pictures and videos were from a fashion show for a swimwear brand called Matte Collection owned by her friend Justina M.

Angela strutted down the runway at the Versace Mansion for the fashion show held during Miami Swim Week.

She captioned her photo; “Raw no edit. REAL bodies matter and thick thighs save lives lol”.

Fellow celebrities like Gabrielle Union, Joseline Hernandez, Taraji P. Henson and La La Anthony all commented on the post in support of Angela.

“@angelasimmons I think it’s so amazing and so inspiring for you to show real bodies, in real life, in real-time. It’s bold [and] it’s brave! You are beautiful and what you’re doing is beautiful for so many girls [and] women,” commented songwriter Angie Beyince.

“Thank you for representing us,” added @iambekkapearl.

Angela’s photos also sparked a conversation about the trend of Brazilian Butt Lifts (BBLs) and the surgeries associated with it to create the popular body shapes of today.

Capitalising on the attention, Angle thanked her followers for their support and announced that she would be speaking more about body positivity and her decision to share the unedited images.

In a recent Instagram live stream, she spoke about her lifelong battle with insecurities about her body as well as her fluctuating weight over the years and how her relationship with her body has changed since she gave birth to her son.

Angela Simmons has since decided to launch a new website related to the topic of body positivity, but she has not said much else about what people can expect from the website.

She doesn’t seem to want to give away too much ahead of its launch.

READ NEXT: ‘Voluptuous women are owning their sexiness’ – Somizi