Because of the Innibos National Arts Festival's recent snub of Steve Hofmeyr, the Afrikaans singer "regrets voting 'yes' for a truly liberal and open South Africa". This was Hofmeyr’s response to festival organisers’ announcement in January he would not feature this year because of his behaviour at last year’s festival.

Hofmeyr took to the stage and sang the Die Stem, the old South African national anthem, and wrote a number of controversial statements on social media site Twitter, giving rise to the decision. Hofmeyr, in response, equated the festival’s decision to a time in the eighties when artists were banned for their ideology.

“We are nothing but a new African Stasi [the official state security service of the German Democratic Republic, colloquially known as East Germany]. A tyranny of entitlement. The old progs represent the new verkramptes [conservatives], banning-bodies and boycotters,” he wrote.

“They condescend to black South Africans by continuously patronising them into a nanny-state. Black folk fall for this and struggle to reach their true potential. I believe in the potential for any race, gender or tribe to do anything.”

“It has also alienated the Afrikaans culture from other cultural groupings in the country,” said Jacobs. “Unfortunately Steve abused our festival stage for his own political agenda. We are an arts festival, not a political platform.”

Asked if he uses the stage to spread his ideals, Hofmeyr replied: “Who didn’t and who doesn’t?

“I don’t have a party nor a mandate, really. Whom do I recruit for? But I do sing Die Stem as part of a medley, pretty much like it’s done in our national anthem today. Last year, 40 000 folk rose to their feet when I tried it out at Innibos.”

Since then, he said, he had sung it at many of his shows amid “zero politics, plenty pride”. 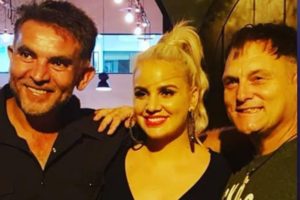 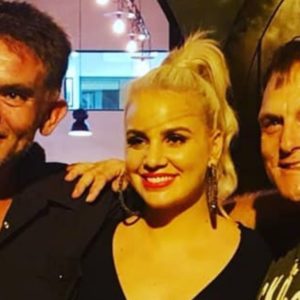 ANC going the same path as other African revolutionaries
2 days ago
2 days ago
PREMIUM!

ANC going the same path as other African revolutionaries
2 days ago
2 days ago
PREMIUM!