One Direction fans are crying out in shock and disapproval after the band's rep, Simon Jones, announced that Zayn Malik is quitting the band’s world tour. 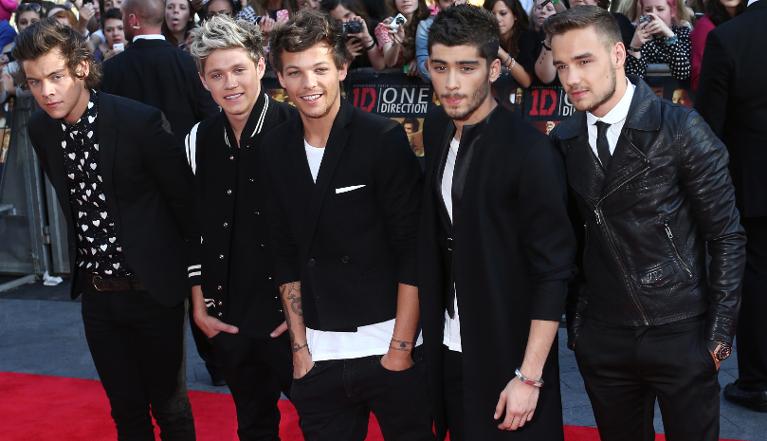 (From L) Harry Styles, Niall Horan, Louis Tomlinson, Zayn Malik and Liam Payne of British boyband One Direction arrive to attend the world premiere of their film, 'One Direction: This Is Us', in London, on August 20, 2013

“Zayn has been signed off with stress and is flying back to the UK to recuperate. The band wish him well and will continue with their performances in Manila and Jakarta,” the statement posted on TwitLonger read. According to numerous articles by international websites, the 22-year-old pop star has been under a great amount stress due to media scrutiny. Recently it was reported that he cheated on his fiancée, Perrie Edwards, and this contributed to his decision to leave the tour.

Malik has denied the cheating allegations, tweeting “I’m 22 years old…I love a girl named Perrie Edwards. And there’s a lot of jealous f*** in this world, I’m sorry for what it looks like”.

1D statement: Zayn has been signed off with stress and is flying back to the UK to recuperate. The band wish (cont) http://t.co/sqvOnQodYy

I'm 22 years old… I love a girl named Perrie Edwards. And there's a lot of jealous fucks in this world I'm sorry for what it looks like x

In May of 2014 a video emerged of Malik and his band members smoking weed while leaving Peru during the Latin America leg of their ‘Where We Are’ tour. Bbc.co.uk reported yesterday that Malik and Louis Tomlinson were asked to pay a bond of nearly $5000 (R61388,25) each for a special work permit ahead of two concerts in the Philippine capital.

Due to the “media stress”, Malik is returning to England to spend time with his family. His sister, Safaa Malik, showed her support on Instagram by posting a picture with the message:

“Don’t worry guys, Zayn is going to be okay very soon. All the stress has just gotten to him because of the rumours and hatred he has heard and received, It’s really hurting him, some people are just giving him too much. People need to realise my brother is human too, stop hating him because he hasn’t done anything to anybody, except for defending himself because of what people heard of what he did, but it isn’t true. I love my brother to death, and I do not want to lose him for anything, it hurts me to see him not feeling good. Please pray for my brother, please help him because I know he will be okay. Please stop sending him hate and getting on him for what he “did”.”

There is no word on if or when Malik will return to the band. One Direction is set to play in South Africa on March 28, March 29 and April the 1st.

Here are some tweets from fans:

*mom walks to me and shows me her phone*
""Zayn malik wont be performing on manila concert""
Me: mOM WHYYYY