Sammy Sosa is here to stay

It's been a while since we've heard Sam Lehoko on Metro FM's The Morning Fix, but the television personality, who is known as Sammy Sosa, insists she hasn't been fired. POISED. Sam Lehoko says she will be returning to her show on Metro FM. Picture; Supplied

Lehoko joined Metro FM in April this year with DJ Moflava (Moeti Tsiki) but hasn’t been on the show for almost a month. DJ Moflava explained Lehoko was sick but when Pearl Thusi was brought in – seemingly to replace her – rumours were rife the radio host had been fired from the show.

“I am definitely going back to Metro FM,” she says adamantly. “I can’t tell you when, but I will be going back. Radio is my first love and nobody can take that away from me.” Lehoko recently moved from Cape Town to Johannesburg to pursue her dream of becoming a force in the entertainment industry.

In a short space of time, Lehoko has become one of Channel O’s most prominent faces, leading to presenting roles on V Entertainment and Vuzu Amp’s latest reality show, The Hustle. Does she feel like 2015 is her breakthrough year? 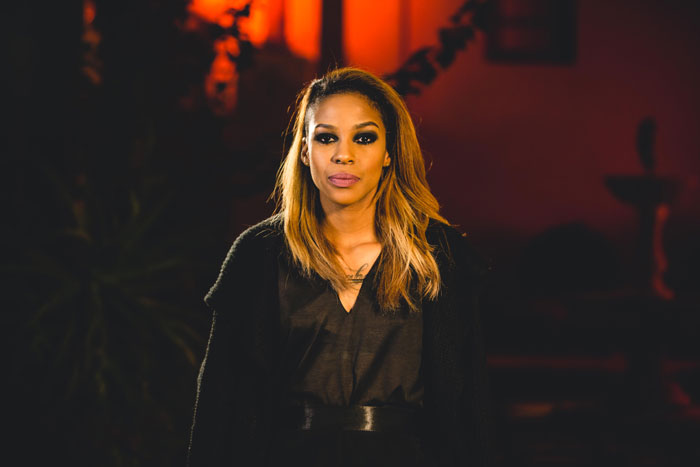 PRESENTER. Sam Lehoko is the host of Vuzu Amp’s The Hustle. Picture: Supplied

“I feel like I’ve had a breakthrough career. I’ve always been doing dope things, I’m just doing more now and I suppose people are also starting to notice now.” While the spotlight allows her to do what she loves, it also opens her up to a lot of criticism.

“I’ve had people tell me on Twitter I am a boring presenter and should get fired. “But I try not to focus on the negatives too much because there are many more people out there who love and support me.

“I’m not trying to be Bonang [Matheba] or anyone else in the industry; I’m simply being myself. “If people don’t like me, they should change the channel or unfollow me on social networks.

“Being mean is just unnecessary,” says Lehoko. “I grew up in a very sophisticated and well-off family. There was never a need to impress people for any reason.

“I was born in East London, but grew up in England, Cape Town and Johannesburg, so I tend to gel very well with people. “Both my parents are politicians and they tried very hard to get me to follow in their footsteps, but I knew from an early age that politics was not for me. “As a teenager I enjoyed the night life more than books,” she says. “So I knew my future would be in entertainment.” Her biggest motivation? Her son, 18-month-old Karabello.

“I am so happy to be in a place in my career where I can provide for him and myself without borrowing money from my mom and dad.

“My parents are also starting to see the progress I am making in my career and they are starting to believe in my dreams too.” Lehoko is careful not to share too much about her future plans.

“My career has always been very unpredictable so it’s difficult to say what’s next for me. But I would love to host the Channel O Awards one day,” she says with a laugh.