Viewers of 1Magic's The River can't decide if Nyakallo realy loves Zweli or if she wants to marry him just for Lindiwe's money. 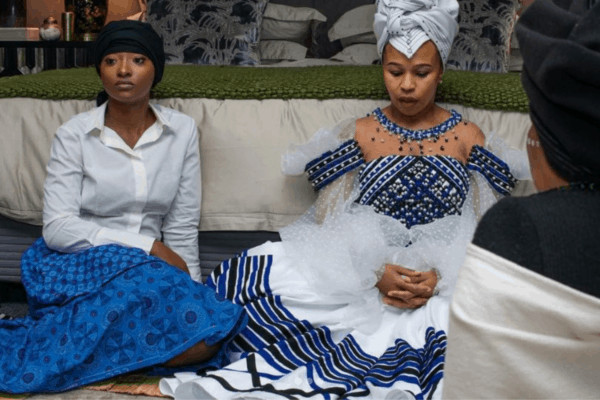 Nyakallo, who will soon be Zweli's second wife, seated next to Zweli's first wife during her lobola negotiations. Picture: Instagram

In the last couple of episodes of The River viewers have been shocked at how Lindiwe Dikana, who is played by Sindi Dlathu, has “changed”.

Nyakallo, played by Jessica Sithole, was introduced to the Dikana mansion by her aunt, Flora, who she had to fill in for her choral duties. The character, who first comes across as timid and sweet, soon fell in love with Lindiwe Dikana’s husband who would take her as his  second wife.

Lindiwe calls herself “Madlabantu” and “Kalashnikov” and is known as a powerful mine owner of Khanyisa Diamonds who will stop at nothing to attack anything or anyone who posses as a threat to her or her family.

Lately, her character has left viewers confused because she hasn’t thought of annihilating her husband’s new love interest. Instead, she told Zweli she would rather be the first wife than divorce him and lose him.

Twitter users had mixed feelings about Zweli’s decision to take a second wife.

This tweep said: “Zweli is hurting our feelings as viewers, you know.”

Another tweep insinuated that Nyakallo, the soon-to-be second wife, was an opportunist.

This Twitter user was hurt to see Lindiwe and her nephew become emotional.

It’s anyone’s guess how the white wedding proceedings will go in the coming episodes of the telenovela but viewers are sure of Nyakallo being after Zweli’s fortunes and not having his best interest at heart.

After this Nyakallo will go to the mine to check on the Diamonds ????????#TheRiver1Magic