Survivor SA: Goodbye to the flip-flopper

It was farewell to Dino who exits Survivor SA: Immunity Island, while Chappies became the season's hero. 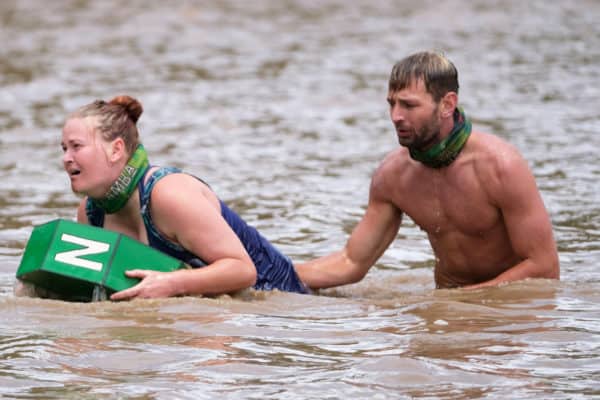 The stuff of heroes. Chappies helps Santoni get through the Rewards Challenge. Picture: Supplied

It was bye-bye flip-flopper as Dino was voted out by tribemates Zamba in Survivor South Africa: Immunity Island this week.

In an episode of more politics, heroics, a soupçon of kindness, upheaval and visible battle lines, season 8 of the reality game show is heating up despite the torrid weather conditions on the Wild Coast. Fork-tongued Santoni secured her spot on the hit list with a bullseye marked by Wardah. It was not pretty.

Near-midway through the season, Survivor started off pretty much like every other episode. Confessionals after last week’s nail-biting Tribal Council and the rewards challenge. Another physical stress test with another puzzle at the end. Up for or grabs, coffee, tea and pastries. After two weeks of near-fasting, it was game on.

Also Read: Why We Love Survivor So Much

And this is where Chappies emerged as a hero of heroes. Castaways had to beat the river’s current and retrieve the puzzle pieces. Wardah and Santoni both had to be semi-rescued. Later Chappies singlehandedly challenged the fast flow and retrieved the final three puzzle pieces after Zamba trailed badly behind.

Vuna still got the spoils, but in an act of calculated kindness, shared some of it with empty handed, cold and miserable Zambans.

Upheaval came when, just before the Immunity Challenge, castaways again had to drop their buffs, randomly choose a calabash and war-paint themselves in new tribal colours. As if the alliance undercurrents prior were not enough, this buff-drop tossed several cats amongst the pigeons.

Key moves included Chappies heading back to Vuna, Wardah and Santoni remained together in Zamba 3.0 and Kiran and Tyson maintain their alliance in Vuna 3.0. 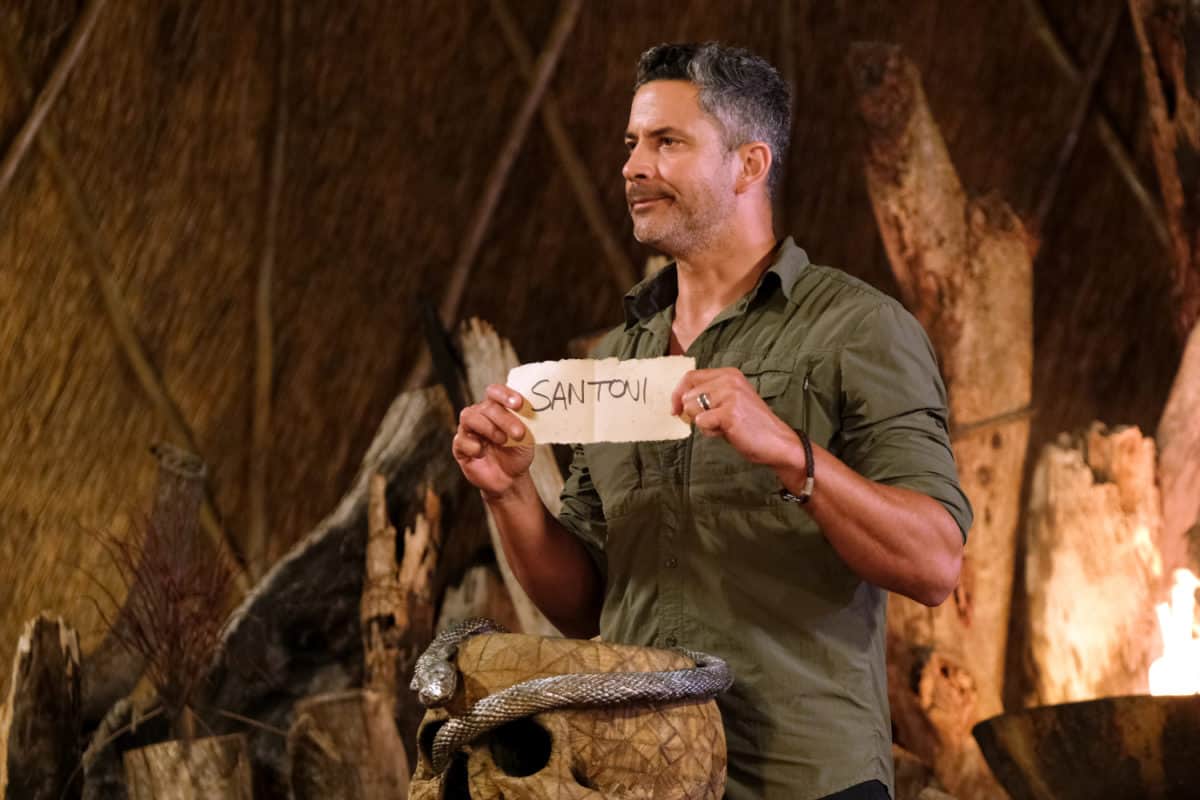 Santoni is on the radar as the double-playing castaway angered Wardah. Picture: Supplied.

It was onto the water basketball Immunity Challenge. Vuna 3.0 took victory and elected to send Smash, aka Anela to Immunity Island where he took up the challenge but lost after thinking it would be a “walk in the park”. But he was safe and with a merge on the horizon, it secures his game somewhat. 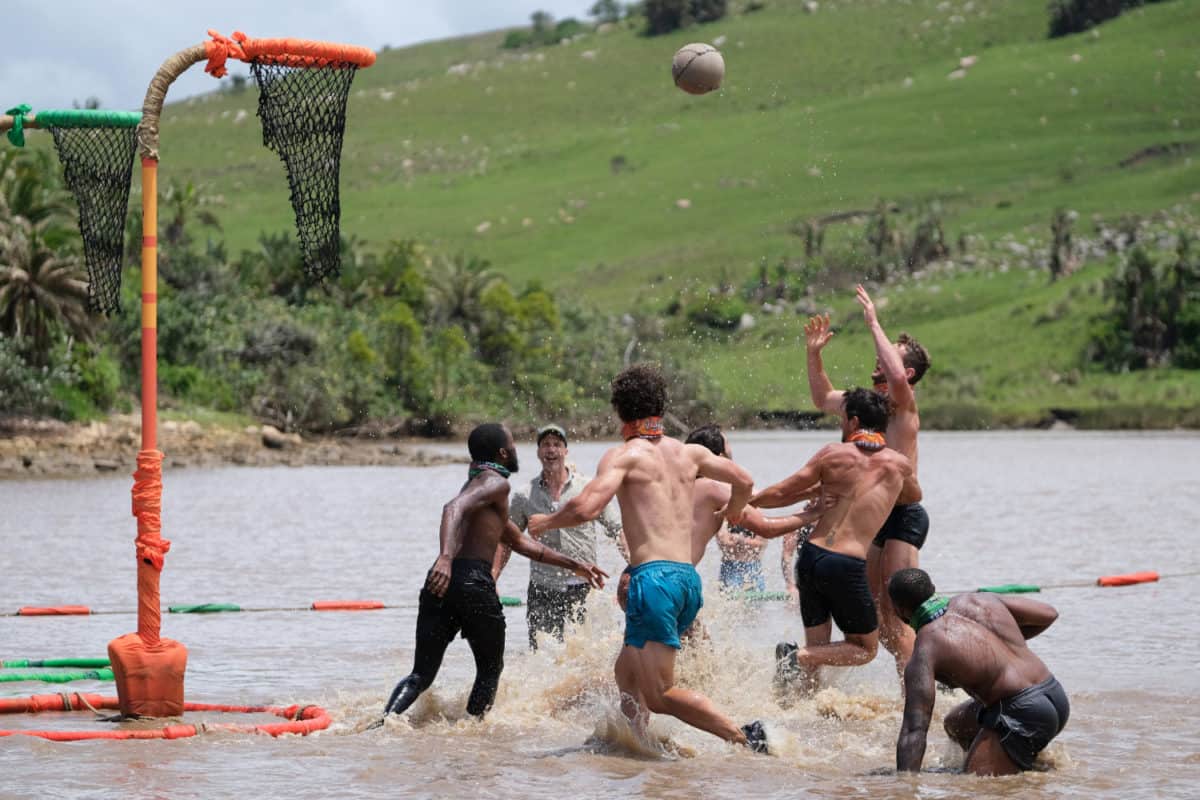 Back at camp, heroic Chappies strips down after doing a strange dance of joy and heads off to the beach saying that he wanted to show his Vuna 3.0 tribemates how happy he was to be back home. After that brief happy-interlude, attention swept to Zamba as manoeuvring set in.

Wardah’s heart remained set on revenge and taking out Santoni after Carla was blindsided the week before, but aligned with Tyson and Kiran in the end, targeting the “flip-flopping” Dino. This after Kiran and Tyson made a pact with Santoni, only to momentarily stab her in the back a few minutes later. But strategy prevailed.

After struggling with a strategic dilemma, Santoni elected to play het Immunity Idol at Tribal Council. Zamba 3.0 also showed some instant cracks with Wardah and Anela swapping a few heated words. But it was Dino who was sentenced as his torch was snuffed. Santoni’s two votes likely placing her on guard for Survivor next week.

Survivor is broadcast on M-Net every Thursday night at 7.30pm. 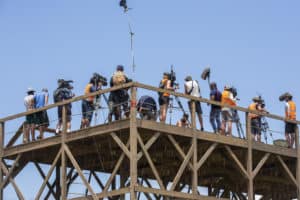 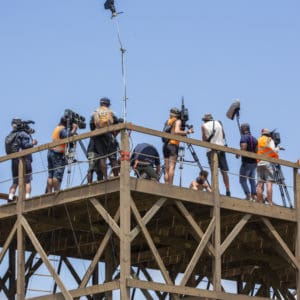 Survivor SA: The contestants only stink for the first two weeks
3 months ago
3 months ago

Survivor SA: The contestants only stink for the first two weeks
3 months ago
3 months ago