Survivor SA: The contestants only stink for the first two weeks

Go behind the scenes of Survivor SA to find out that it's mostly all pretty real. They don't even get toilet paper. 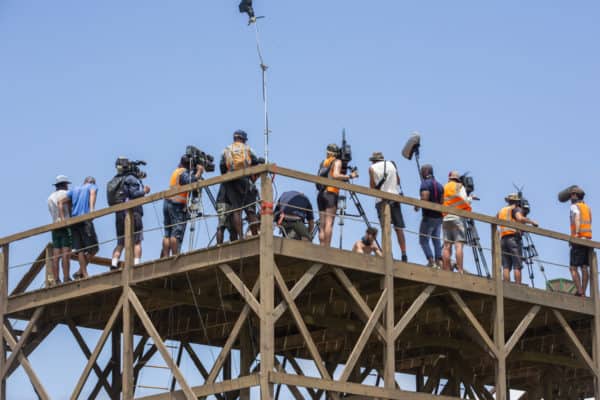 It is a reality game show like no other and Survivor SA has become one of the longest-running and most popular productions on the planet. The conflict, the hustling and the crazy challenges have viewers nailed to their screens for season after season.

And, as The Citizen discovered, everything you see is real on the show. There are no cheats and, say the producers, the first two weeks can get ‘really smelly’, given that castaways have zero ablution facilities. It takes a crew of 180 to create, and every challenge is test-driven the day before contestants have their mettle tested.

There is a huge crew that works on Survivor SA. Where did they stay and how did you manage during filming, especially given the pandemic?

We have about 180 crew working on Survivor. So, accommodation is usually the first thing we look at when we decide to shoot in a location. This season we worked with the amazing people at the Sun International Wild Coast Sun, where the crew stayed. We had a production bubble in the hotel, and we occupied a separate wing from the rest of the guests, and we had our own dining area.

Filming during the pandemic was hectic. The entire cast and crew were tested for Covid upon arrival and then quarantined to establish the production bubble. Once the bubble was established, strict rules and regulations like mandatory mask wearing at all times, sanitsing and social distancing were implemented.

Crew were divided into different pods according to where they were working, like the reality crew and the challenge film crews and art department were all in separate pods that could not interact. Only the content producers could talk to the castaways to limit exposure. Although the filming was placed under a heavy strain with the Covid regulations, we managed to film the entire 39 days without a single case.

Who test-drives the challenges and when does that happen?

All the challenges are tested by the crew the day before we film them with the contestants. Every aspect of the safety and fairness of the challenges is scrutinised in these challenge runs so that when we get to filming, all the rules are clear, and the castaways can just play.

What toiletries do you provide castaways?

The castaways are not provided with any toiletries for the game. Everything that they get they must win in challenges. They use ash from the fire to brush their teeth and use sand to scrub their bodies clean.

Castaways on chronic medication have their prescription dispensed to them by the medical tea – that is if their doctor in South Africa has prescribed it. The content producers distribute every morning and evening when they arrive on the island. Female hygiene products are supplied as well, when needed. But they have absolutely no access to everyday amenities such as soap, toothpaste, shampoo, deodorant or toilet paper. It is tough out there!

Is there really no toilet paper?

The castaways only have access to the clothes on their back, fresh water and sunblock, so there really is no toilet paper.  They usually create a designated area on the island where they would do “the deed” and wash off in the water.… it is rough.

What were the wellness procedures and protocols in place on set? If someone gets hurt at Survivor SA, what happens?

We have a full medical team on standby during the entire shooting period. Contestants are medically checked before and after each challenge and Tribal Council. The medical team is instructed to handle emergencies and will only release a contestant from a challenge if they are medically unfit to continue playing the game.

Are there any behind-the-scenes cheats?

The cameras roll almost 24/7. When contestants have down time, they either sleep or are busy around camp. Or conspiring with each other… which is why the cameras are rolling all the time. There are certainly no behind-the-scenes cheats.

Who comes up with themes and ideas like “Immunity Island” and who does the thinking behind the challenges?

The Afrokaans production team pitches a few ideas once a season is greenlit, and, in conjunction with M-Net, a decision is made.

Afrokaans’ executive producer, Handrie Basson, and creative producer Leroux Botha set out the content highlights for the season. Leroux then digs into the nitty gritty of the challenges and the execution with the art director and production consultants.

The season goes through several permutations, sometimes with changes even being made during filming. Inspiration for the challenges is taken from different Survivor productions around the world and there is also a fair number of new ideas and challenges that get created for a season.

How bad do contestants end up smelling after 39 days?

After about two weeks, the initial stench disappears and contestants only smell like fire, as that is where they spend a lot of time … But those first two weeks get really smelly.

Survivor SA is broadcast on M-Net every Thursday night at 19.30.

'Survivor SA' finale: Will Chappies win or is there a twist on the horizon?
3 months ago
3 months ago

'Survivor SA' finale: Will Chappies win or is there a twist on the horizon?
3 months ago
3 months ago