‘Again’: SA’s own ‘Game of Thrones’ fantasy in the works

Award-winning international editor Zhelyaz Tomov tells 'The Citizen' all about 'Again' - a series about a dystopian South Africa torn apart by conflicts. 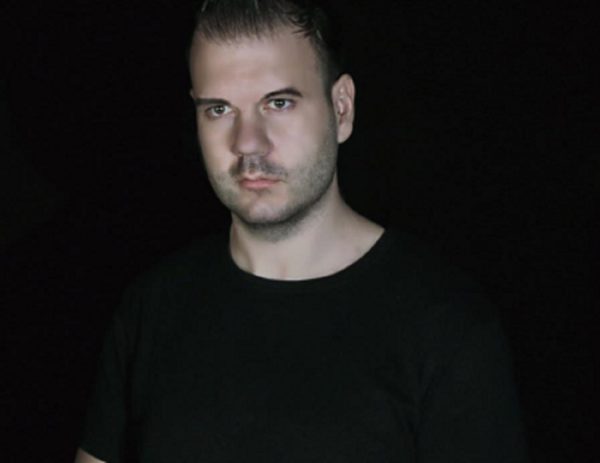 A series that could be groundbreaking and a possible game changer for the face of fantasy TV in South Africa, titled Again, is in the works.

Likened to Game of Thrones, Again is set seven centuries into the future, where a dystopian South Africa has been torn apart by conflicts.

No dragons or a Khaleesi but it is set around family factions seen in GOT (House Lannister, Targaryen etc).

We had a chat with Tomov to tell us more about Again and his role as an editor.

The Citizen: Can you tell us more about the futuristic dystopian series Again and why you wanted to be a part of it?

Zhelyaz Tomov: I was introduced to Nizaam Ackerman (from Cape Town) by a mutual friend, who lived in South Africa, until 2008 and then came back to Germany.

Nizaam and I worked on small projects and had conversations in many directions. He drew my attention to the complex racial dynamics and identity issues in different segments of the population, in SA. From there on we started to explore and play around with perspectives and perceptions of people of colour and how those dynamics might manifest in the future.

At some point, that casual banter turned into a story, with narrative arcs. I started looking more into South African history, culture and politics and watched video clips from Parliament… what the most divisive public figures were/are saying about the current state of things. I realised that it had huge potential and it would make an amazing story.

The Citizen: Working with Nizaam Ackerman and Amanda Dlamini for this series, what was the key inspiration?

ZT: One of the cornerstones of our concept is the following assumption: that life runs in circles and events from the past occur in the future, however in a slightly different way. Unfortunately, we witness that it’s mostly the bad habits that humanity can’t seem to shake off. So we decided to build around that premise and do it in the South African context.

The idea explores a way forward for society, where our lesser selves have gotten the upper hand and humanity lives in a grim, dystopian world.

The Citizen: In the technical aspects, as an editor, what did you want to convey in the storyline of Again through the visual effects?

ZT: I was successful in my work on those award-winning projects because I learned to plan the VFX [visual effects] shots precisely from the writing up until a finished cut, when the colleagues get on with animation, compositing and so on. This is the crucial ability, which allows you to meet tight deadlines and budgets, while at the same time quality control doesn’t suffer.

Visual effects are an amazing tool for expressing a vision and offering the viewer a breathtaking experience. But they have to be used carefully because overusing them can have the exact opposite effect.

The story in the show couldn’t be told without visual effects. We have a very particular vision of the dystopian world, where it all takes place. The only way to create that kind of environment and still make it look realistic is by using VFX.

Lots of props, vehicles, buildings and some wildlife have to be either partially or completely animated. Virtual sets, usually using the Unreal Engine, enable us to create photorealistic locations and bounce between different places, without physically travelling from one set to the other.

The end goal is simple – to deliver an awe-visual experience for the audience.

The Citizen: How far is the production on Again? When could we see it on our screens?

ZT: We are in the late development stage. The pilot script is finished and we are currently on the lookout for a director, who is a fit. The 10 episodes of season one are outlined. Additionally, we are working on creating the final concept art and designs for costumes, environment, props and a stunt pre-visualisation.

The Citizen: How far are you in negotiating with Netflix to pick up the series?

We engaged in talks with some production companies and producers, which already have a working relationship with Netflix. It’s a lengthy and complicated process because a number of things have to be negotiated. Both on the creative and the business/legal side.

The Citizen: You have worked with many South African creatives, continually helping to tell South African stories. Why is this so close to you?

ZT: One of the reasons I fell in love with South Africa is the variety of accents and dialects. And not because Trevor Noah’s makes fun of it, but because all of the different versions of how people speak English have their own charm. Especially the slang. It’s extraordinary.

The fabric of South African society is very complex and therefore provides endless inspiration for all kinds of dramatic stories. This is not the case in every other country.

The Citizen: How did your love for editing and film start?

ZT: During my work on projects like Roads to Olympia and This Side of Nowhere, I realised how much editing can influence or even manipulate the story. It never ceases to amaze me, how some simple tweaks can change the entire film.

That is why I love my job so much – it just allows you to play around with emotions so much.

The Citizen: The series has already been likened to a South African Game of Thrones. How true is this statement?

ZT: Well, for one, our show has multiple protagonists and the story is told from each of their perspectives. Additionally, the different factions are scheming and plotting all the time, just like the different Houses in Game of Thrones.

Also the fantasy world of Again is at least as fascinating as the one of Game of Thrones, even without dragons.

The Citizen: Give us a quick rundown of what editors do in series and movies, post-production.

ZT: During my years as an editor I worked on an array of international award-winning productions as an editor. Gaining all that experience has taught me one thing – the most important goal is to keep the audience entertained, so the viewer can remain hooked up to the story.

Our everyday life is exhausting enough, so when we turn our attention to a film or a movie, we demand the content is worthy.

Editing is a crucial part of achieving that goal. If the story builds up too slow and it feels dragged off, people get bored and if it’s too hectic and escalates too much, people get exhausted and end up bored too at some point. This is especially important for a TV series, where the storyline stretches over multiple episodes or even seasons. Nobody wants their audience to lose interest after episode two.

The editing allows me to find the right balance in terms of building up the tension and story. I can accelerate it at times and slow it down if needed. By leaving some lines or even a scene out, by cross-cutting different scenes, telling a sub-story over a simple montage and so on. Or through technical tricks like time ramps. Sometimes even small, subtle things have a big impact on the pace and storytelling.

I tried to implement that knowledge while writing Again, so the script and story are already optimized to keep the viewer engaged.