'Podcast and Chill with MacG' will be on our television screens in September, with guests such as Zahara and Kabelo Mabalane expected. 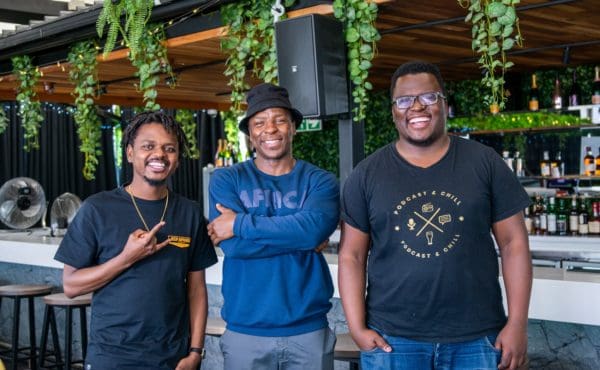 South Africa’s most notorious show, Podcast and Chill with MacG, has received a big boost.

Despite the many controversies surrounding Macgyver “MacG” Mukwevho’s popular podcast, Channel O will be broadcasting a celebrity edition.

Podcast and Chill with MacG is hosted by MacG, Sol Phenduka and the mysterious “Ghost Lady”. They all have been in the limelight, at various times, for all the wrong reasons.

From transphobic comments to slamming female celebrities such as Boity Thulo and Thando Thabethe, this has not stopped the growth of the show.

With over 250,000 YouTube subscribers and being one of the most streamed podcasts in the country, MacG’s podcast will now have an even bigger audience.

Nomsa Philiso, the director of local entertainment channels at M-Net, said in a statement, the podcast was a great segue to give their audience relevant and relatable content.

“The interviews are always candid, interesting and impossible to ignore. The chemistry between MacG and his guests makes for great television and we’re thrilled to have them join Channel O,” she said.

M-Net said no topics would be off limits and viewers could expect “honest and raw” discussions.

MacG and the controversies

MacG has been praised for his honest approach in his interviews, making his guests feel at ease to reveal many aspects of their private life.

However, at the same time, he has been slammed for his “personal attacks” on some celebrities.

MacG insinuated in April that rapper Boity had slept with many men, saying “everyone has f**ked Boity”. Later on, he lashed out at actress Thabethe, who said MacG had to take responsibility for the homophobic comments made on his show.

“I mean Thando f**king Thabooty. What the f**k is she doing? I ran across her podcasting numbers the other day, I wish I could unsee those numbers, they are horrible,” MacG said.

When sponsors pulled out of his show, MacG admitted it was disheartening.

“It is sad and disheartening to lose sponsors but to be honest, the business model has never been about sponsors as much as it is not about the numbers.”

Listeners of the podcast will know that MacG has said several times that a move back to radio wasn’t an option, as he felt the medium would censor him.

Tweeps had a lot to say about MacG’s decision to go to TV.

The celebrity edition of Podcast and Chill with MacG on Channel O starts 1 September 2021 at 9.30pm.