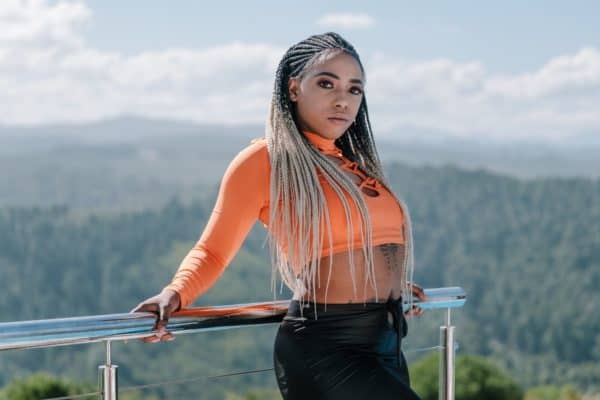 South Africa’s version of Temptation Island has been “on air” for a few weeks now and viewers seem to still be stuck on one question: what is Gigi LaMayne doing on the show?

LaMayne (real name Genesis Manney) is the self-declared queen of South African rap and she has now added “reality television contestant” to her CV thanks to her puzzling participation in the show.

According to Briefly, she was born in Lenasia, Johannesburg, to parents Sarah Manney and Collin Manney.

Gigi LaMayne attended Dominican Convent High School in Johannesburg between 2001 to 2012 and went on to graduate from Wits University in 2016 with a BA in media and anthropology.

She is said to have begun rapping in 2013 and became the first woman to be signed to a record label called Benley Records, popularly known as the MFE Family.

As a result, she was affiliated with acts such as the late ProKid, Red Button and Captain. As a rapper, Gigi LaMayne has a number of hit songs, albums and awards to her name.

All of this, therefore, makes her inclusion on the show as a less-than-prominent role all the more confusing.

Showmax’s Temptation Island SA is based on the Banijay-owned hit reality format that follows four couples at a crossroads in their relationship.

According to Showmax, they must mutually decide if they are ready to commit to one another for the rest of their lives or go their separate ways.

The couples who will be testing their love are made up of Grant Manuel, Justin Fritz, MJ Maponya and Sifiso Ndlazi.

“Together, the couples experience a luxurious holiday in paradise [Knysna], where they live separately with 20 sexy single men and women who are also looking for love.

That could then explain why LaMayne is on the show, but even if she was simply looking for love, that still begs the question: why look for it on such a show?

“As far as the competing couples are concerned, this last taste of the single life is meant to help answer their most difficult questions about their relationship, like, ‘are we meant to be?’ and ‘is there someone better out there for me?'” explained Showmax in a statement.

Beyond questions about Gigi LaMayne’s inclusion, Temptation Island SA makes for very lukewarm viewing. This despite the cast’s desperate attempt at being spicy and salacious.

The timing of the replies feels very scripted and unnaturally timed and even the tension created by the romantic drama of such a format just doesn’t land.

As far as Big Brother-style dating shows go, Temptation Island SA does not rank very highly and it would not be surprising if most viewers checked out at the halfway mark.

It’s not all bad, however. The cast is fairly good looking. They just don’t make much of an impression beyond that.

Watch the full episode of ‘Temptation Island South Africa’, episode one, below: