There has been criticism about how many episodes of 'Blood & Water' there are but it is just enough to reel you in and leave you wanting more. 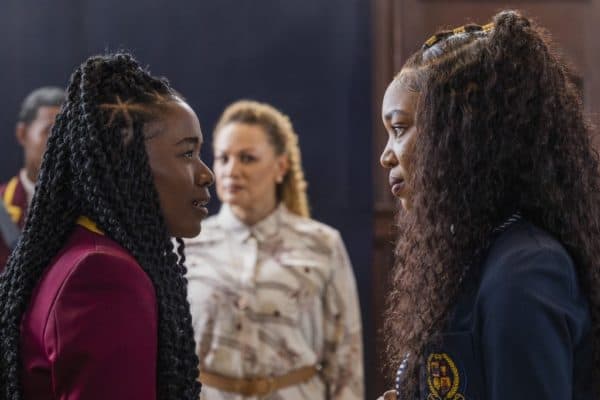 After what feels like a lifetime of waiting, Netflix has finally released season two of Blood & Water and it was well worth the wait.

The students at Cape Town’s fictional Parkhurst High school first captured the hearts of viewers all over the world back in 2020 – just as lockdowns had been put into place in various countries.

They also discovered that they didn’t like the show’s lead, Puleng Khumalo, as much as they initially thought they would.

The same is true when it comes to season two of Blood & Water, which dropped just in time for fans to spend the weekend diving into what comes next for the Parkhurst crew.

This new season of the show was a fabulous piece of work that continued the story in an exceptional way.

Though many felt as though season one did not do enough to highlight the stories of each of the show’s main characters, season two came along and proved that that’s what it was meant to do all along.

Each episode brought something new and in true Netflix fashion, the season was structured in such a way that you had to try your hardest not to binge it all in one sitting.

Another thing the show’s directors did a fabulous job of was introducing new characters. Sam Nkosana (played by newcomer Leroy Siyafa) and his mom Janet Nkosana fit perfectly into the show, as does Inge Beckman who plays Reece’s mother, Philipa.

There has been some criticism that the show’s “level of drama” feels too unreal or that the show is too dramatic, however, that is what has made it the global hit it now is.

The same can be said about how many episodes there are in the show. It’s just enough to reel you in and leave you wanting more and based on the reactions to this latest season, it has worked.

A valid criticism of the show applies to the score which places songs at some of the oddest places in the story.

Overall, season two of Blood & Water made for fantastic viewing and Netflix would be dead wrong to not give season three the go-ahead after what they showed us right at the end of season two.

READ NEXT: ‘Blood & Water’ ranks number one on Netflix USA