‘Happiness Ever After’: Netflix drops ‘Happiness is a Four Letter Word’ sequel teaser

‘Happiness Ever After’ is a sophisticated, thoughtful romantic drama that follows the glittering lifestyles of the much-loved girlfriend crew. 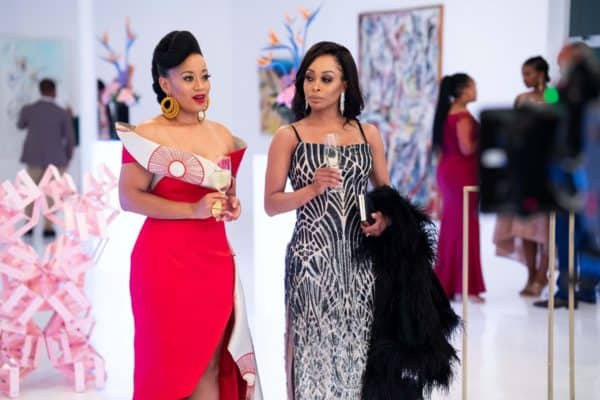 Netflix's 'Happiness Ever After' is the exciting soon-to-be-released sequel of the uplifting South African drama, Happiness is a Four Letter Word | Picture: Supplied

When Happiness is a Four Letter Word first came out, it was a smash hit, so audiences will just have to wait and see if the upcoming Netflix series, which is set to take the story forward, can achieve the same feat.

Netflix dropped a Happiness Ever After teaser trailer on Wednesday and we must say, we’re loving what we got to see.

In Happiness Ever After, fans will see the queen-crew back at it, seeking love, happiness and success as they juggle careers and ambitions in fast-paced Johannesburg.

It has been confirmed that fan favourites Khanyi Mbau, Renate Stuurman, and Richard Lukunku will reprise their roles as Zaza, Princess and Leo respectively.

They are joined by new cast members Nambitha Ben-Mazwi, Yonda Thomas, Daniel Effiong and Loyiso MacDonald, who bring another layer of intrigue for fans who have come to love the ‘Happiness’ storyline.

Blood & Water’s Xolile Tshabalala is set to round off this stellar cast alongside veteran actress Nandi Nyembe.

According to the film’s producers, Happiness Ever After is a sophisticated, thoughtful romantic drama that follows the glittering lifestyles of the much-loved girlfriend crew, a trio of Joburg-based professionals as they grapple with relatable issues of relationship stress, parenting, and family tensions in the way that every South African woman understands.

“From belly-laughs to moments that hit you in the feels and every ‘shine-gal-shine’ moment in-between, you will be taken on a wonderful journey that will have you grabbing the popcorn, the tissues, and of course, the wine.”

Creator, Bongiwe Selane, and Director, Thabang Moleya, went into the project with a vision and passion for showcasing a cast and crew of true black excellence, while staying true and authentic to the narratives and characters exhibited in the film.

“I’m super-excited about Happiness Ever After, and being able to continue the uber-relatable story of sisterhood, friendship and love. Sequels are always difficult because the pressure is that much higher, but they also offer something different and exciting – and the opportunity to land the film on a global service like Netflix is its own reward. It is my sincere hope that the film resonates with audiences, and they fall back in love with their favorites and the new faces too,” said Selane in a statement.

Take a look at the ‘Happiness Ever After’ teaser trailer below: