This is why you need to binge-watch ‘Succession’ this weekend

Season three of the hit HBO series 'Succession' kicks off first on Showmax today and early reviews of the new season are glowing. 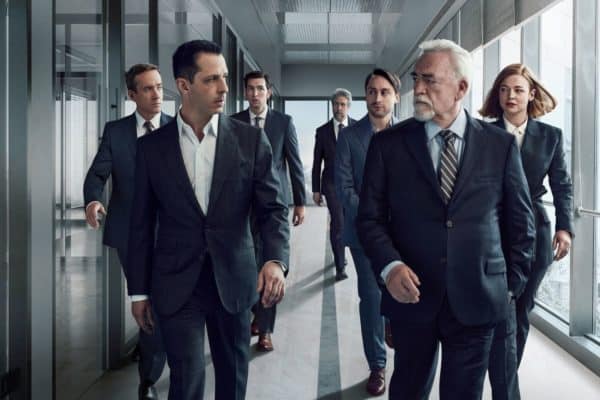 The cast of 'Succession' on Showmax. Picture: Supplied

The highly anticipated third season of Succession begins today on Showmax and if you haven’t seen the first two seasons, you may want to earmark your weekend to binge-watch them all.

When the hit HBO series began, it was heaped with tons of praise and now fans are keen to get stuck into season three which kicks off first on Showmax today, with new episodes coming express from the US every Monday.

Succession picked up the 2020 Best Drama award at both the Emmys and Golden Globes with its story following the escapades of four very rich siblings behaving very badly while trying to win their father’s approval – and control of his company, a global media and entertainment empire.

The show took home a total of seven 2020 Emmys across the board for its directing, writing and acting chops.

What is new in ‘Succession’ Season 3?

“Skarsgård, whose run of terrifyingly villainous roles has ensured that even his most ardent fans get nervous anytime he shows up on screen, plays powerful tech founder and CEO Lukas Matsson this season, while Brody guest stars as billionaire activist/investor Josh Aaronson, who’s set to become pivotal in the battle for the Roy empire,” said Showmax in a statement.

Last season and the pandemic

Succession season two ended with a breathless finale in October 2019, exiting on the bomb-drop of Kendall’s impulsive decision to go public on the company’s sprawling scandal and throw his father under the bus in the process, making Daddy Dearest at once very angry and kind of proud – it was Logan, after all, who told Kendall, “You have to be a killer.”

…And then, in the real world, the pandemic hit, keeping fans and critics alike chomping at the bit for a full two years.

The brand-new, nine-episode season opens with Logan in a perilous position, scrambling to secure familial, political, and financial alliances as tensions rise and a bitter corporate battle threatens to turn into a family civil war.

Locations for the new season of Succession – shot with strict Covid-19 protocols in place – included Rome, Florence and Tuscany, so there’ll be plenty of scenic gorgeousness to frame the vileness and vitriol that’s guaranteed to ensue when the Roy children are forced to take sides, not to mention when Logan gets that knife out of his back … and comes for blood.

'uThando Nes'thembu' reactions: 'MaKhumalo is such a great mother to Mpilo'
14 hours ago
14 hours ago

'uThando Nes'thembu' reactions: 'MaKhumalo is such a great mother to Mpilo'
14 hours ago
14 hours ago