‘Uyajola 9/9’: Viewers react to Thembela being ‘grounded’ for a month

Viewers of 'Uyajola 9/9' were amused when Nomthetwa put her boyfriend in quarantine for 30 days to keep him away from his other partners. 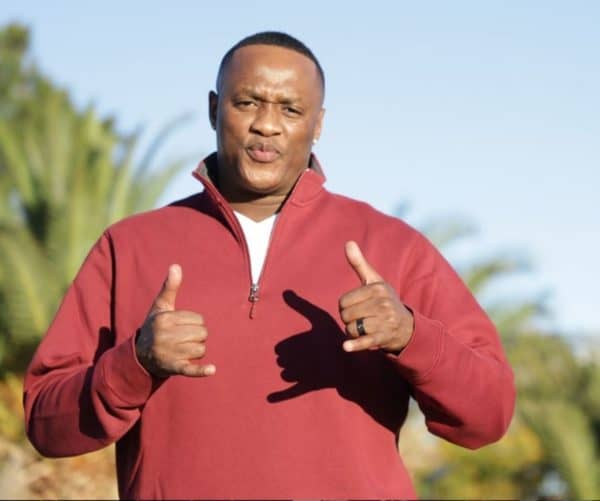 Viewers of Mzansi’s most loved cheating reality TV show, Uyajola 9/9 took to social media on Sunday evening to share a few laughs together, while the host of the show, Molemo “Jub Jub” Maarohanye and the crew helped their guests in exposing the infidelity that goes on in their relationships.

The first episode of the show featured Zikhona who reached out to Jub Jub and his team to find out what is really going on in her partner’s life after wondering for some time why he has been distant.

After doing some thorough investigating, the Uyajola 9/9 team located Zikhona’s partner’s whereabouts, and it turned out that he was on a date with another woman.

Frustrated, Zikhona attempted to attack her boyfriend’s side chick, but was held back by a few men from the Uyajola 9/9 team.

ALSO READ: A side chick, a 10-year affair and a love child revealed on ‘Uyajola 9/9’

Zikhona’s partner tried to flee the scene but Jub Jub stopped him and reminded him that he had a bill to pay from the date he was on with his other partner.

The shocking revelation from the first episode of the show was that the side chick had previously been in a relationship with Zikhona’s boyfriend’s brother.

The second episode of the show left viewers shocked and suspecting that the couple featured on the show are in an abusive relationship.

Nomthetwa reached out to Jub Jub and the team to help her find out whether her boyfriend has been faithful in their relationship or not.

After doing some investigating, it was revealed that Nomthetwa’s boyfriend had been seeing another woman behind her back.

When she and the team arrived at her boyfriend’s location, Nomthetwa found her partner with another woman and chased after her.

Once she had gotten away successfully, Nomathetwa pulled her partner to the Uyajola 9/9 bus and said they would be in isolation for a full month to ensure he does not leave the house to go see other women.

Her partner also promised that he would never cheat again.

Here is what viewers said about the recent episodes of ‘Uyajola 9/9’: