The latest episodes of 'The Wife' share more of Mandisa's backstory and bring fans to tears with a double funeral for the Zulu family. 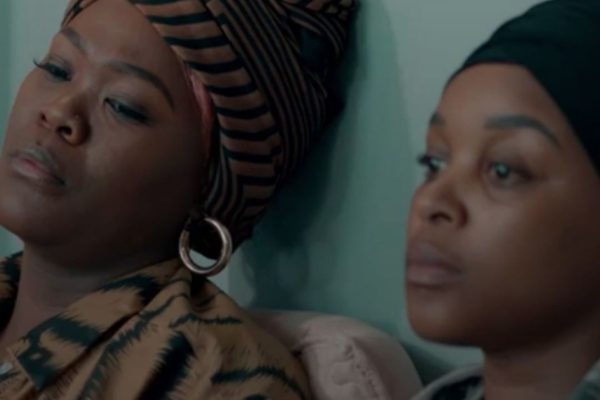 Mandisa (Zikhona Sodlaka) and Hlomu (Mbalenhle Mavimbela) on the latest episodes of The Wife | Picture: Instagram

The latest episodes of The Wife picked up after the tragic events at Mqhele and Hlomu’s traditional wedding, with one main question on viewers’ minds – what will the Zulu brothers do now?

Last week, the Majola brothers ambushed the Zulu brothers and their loved ones at their newly rebuilt childhood home, in an effort to take revenge for their father’s murder. They ended up murdering Sambulo’s girlfriend Jabu, one of Nkosana’s children, and one of the younger Zulu brothers, Mpande.

In the wake of the very clear danger that the Zulu brothers are in, Hlomu’s twin brother (played by TikTok sensation Linda Majola) begs her to leave her marital home as he fears for her safety.

Elsewhere, the latest episodes of The Wife have followed the escapades of Hlomu’s boss (Luxolo) who begins to look into the Zulu brothers in an effort to find out why such a violent thing would occur, much to Lerato’s disapproval. Oddly, he also uses this as an opportunity to shine.

For once, Mqhele tried to do the noble thing by letting Hlomu go, but as we have established by now, red is Hlomu’s favourite colour. Not even the bloodshed could get Hlomu to end her relationship.

The latest episodes of The Wife also revealed how the Majola brothers plan to frame someone else for the Zulu wedding massacre, in an effort to sow more discord and make the lives of the Zulu family more miserable.

ALSO READ: Fans react to ‘The Wife’ on Showmax as the Majola brothers ruin everything

We also finally got to see Hlomu lean into her role as the new matriarch of a crime family when she issued the brothers with a directive to end the lives of the people responsible for the Zulu wedding massacre.

She explicitly asked them to make the people responsible suffer and her monologue was chilling to watch. The delivery by actress Mbalenhle Mavimbela was fantastic. Abdul Khoza also deserves an honourable mention for the moving monologue that he expertly delivered at the end of episode 27.

This is a stark contrast to the disturbing scene that follows, that addresses the sexual violence that Mqhele metes out on Hlomu whenever he has emotions he does not want to deal with.

However, all this tragedy allowed us to see a tender moment between Hlomu and Mandisa when the latter opens up to the former about her past in an effort to put her decision to stay with Nqoba and the Zulu family into perspective.

The Zulu family then finally laid their brother to rest believing that they had gotten retribution for his murder after the deceit by the Majola brothers who are secretly working with Dlakadla (a man who has his own agenda).

All of this culminated in a funeral that left viewers in tears.

Check out some of their reactions:

READ NEXT: ‘The Wife’: Fans left ‘shook’ by Mqhele’s twang