As the Zulu brothers mourn the loss of their brother, viewers of 'The Wife' are questioning if Sambulo may have survived the Majolas' attack 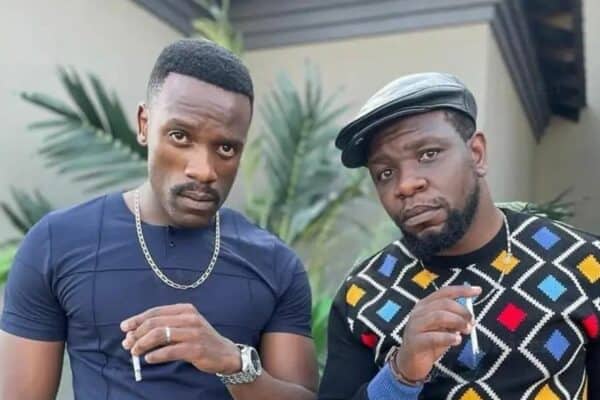 Bonko Khoza (as Mqhele) and Sipho Ndlovu (Sambulo) from The Wife on Showmax | Picture: Twitter

As the finale of The Wife approaches ahead of the third season, all eyes are firmly back on the beloved Showmax show which has been subject to much criticism in recent weeks.

Last week’s episodes of The Wife left off at the tense standoff between the Majola and Zulu brothers after their rivalry boiled over following two seasons of indirect conflict resulting in Sambulo’s death.

Actors Siyabonga Shibe (Gwaza) and Ntando Ncube (Geja) have drawn the ire of viewers with their portrayal of the Majola brothers whose father was killed by Mondli Mkahoba’s character (Nkosana) earlier in the series.

This transgression against their family has been the driving force behind their hatred of the Zulu brothers since the show began and while they failed to exact their revenge in full, they were able to kill yet another Zulu brother in the form of Sambulo (Sipho Ndlovu).

In season one, they attacked the family during Hlomu and Mqhele’s wedding and killed another Zulu brother, Mpande, as well as one of Zandile and Nkosana’s children.

However, the Zulu family still has no idea that they were behind this particular attack.

Episodes 31 – 33 of season two of The Wife follow the family as they deal with the aftermath of Sambulo’s murder at the hands of the Majola clan as well as the murder of Zandile’s deceitful father.

Mqoqi had the great-breaking task of delivering the news to his brothers who – for the most part – have been in the dark about what is going on with Sambulo thus far.

Viewers also got the see Nqoba confront Mandisa about the ambush on the brothers which ultimately resulted in Sambulo’s death.

He also demanded that she confess her part in the ambush to his brothers.

As the family lays Sambulo to rest, Zandile and Nkosana discover that their child Sbani is being haunted by the disgruntled spirit of Zandile’s late father.

Hlomu’s friend Bontle also decides to betray her, for some odd reason and helps Lux (the editor at the publication that Hlomu works for) spy on her in order to find out why tragedy always seems to befall the Zulu family.

After Sambulo is laid to rest, things on The Wife once again take a dark turn as the Zulu brothers take the Majola brothers out into the wild and hunt them like animals before murdering them.

It’s quite a disturbing scene to watch juxtaposed with Nqoba struggling with suicide ideation as he attempts to take his own life.

The dark theme throughout this series of episodes also shows the transformation of Mqoqi from a ladies’ man to a cold-blooded killer.

The final episode in this week’s trio of episodes of The Wife makes an about-turn with the events of the show and almost settles into a lull as it returns to showing the cast going through the motions of their lives.

Nqoba goes on the hunt for Mandisa while Zandile and Nkosana get spiritual assistance to rid themselves of u’Baba Ncgobo’s spirit only to find that, that may not be possible.