Part 2: Meet the familiar faces returning for a new season of Survivor SA

A full list of past Survivor SA castaways who will be returning to take one more shot at scoring the grand prize and title of sole survivor. 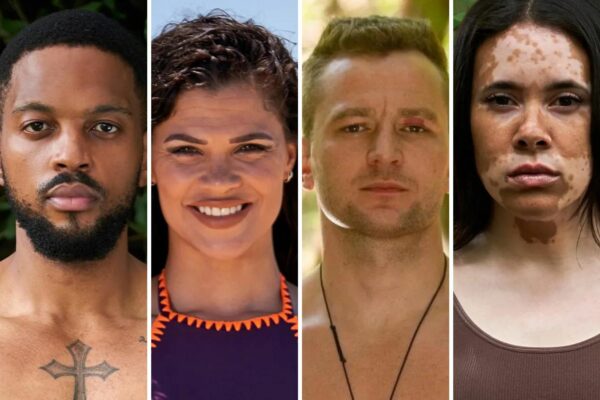 Following the announcement that Survivor South Africa: Return of the Outcasts (Survivor SA) will air this July, set against the backdrop of the staggering beauty of the rugged Eastern Cape coast with four episodes a week, M-Net can finally reveal which of the fan favourites will be returning to compete.

Dubbed “the world’s greatest game”, Survivor SA is set to return to M-Net on Monday 18 July with plenty of familiar faces. This is because 20 former castaways will compete in the game once again “to right wrongs” of the Survivor SA past.

“Back in the game are a mixture of strategists, schemers, risk-takers and record-breakers from five previous Survivor South Africa seasons who’ll do anything to avoid having their torches snuffed for a second time, over a bumper four episodes a week,” said M-Net in a statement.

However, according to executive and creative producer Leroux Botha; “This isn’t an ‘All Stars’ season – in fact, it’s a totally unique concept.”

“All of the Castaways returning to the game this season have demons to lay to rest, with the added challenge of everyone knowing exactly how everyone else played their game, before,” added Botha.

So, which outcasts are returning?

Ambitious, driven mining engineer PK has been living and working in Lephalale in Limpopo for the past two years. He grew up in Mafikeng and lived with his mother in Centurion most of his teenage and young adult life.

PK has ambitions of starting his own mining consultancy company one day. He also wants to contribute to society and give something back. His job requires him to problem solve, adapt, and prioritise his actions to optimise outcomes – skills he wants to bring to the game of Survivor.

Having originally thought Survivor was all about playing a strong physical game, his experience taught him the importance of the social side, which he splits into two parts: social for friendship and loyalty for political gain. Aiming to make people feel more comfortable around him this time, he’ll be looking to trust sooner to allow relationships to mature, to allow him to build a stronger alliance, earlier in the game.

Seamus is a Durbanite who works as the regional Sales Manager of a commercial trucking equipment company. He channels his competitive nature into excelling at endurance sports.

He is a massive Survivor fan – he has researched the game, strategies, heroes, villains, and the game’s evolution over the years. He watches Survivor religiously with his mother and sees this as a big bonding experience for them.

ALSO READ: The Survivor SA contestants only stink for the first two weeks

Understanding that he played too hard, too fast in the Philippines, which meant he didn’t pay enough attention to his tribemates and how they were approaching the game. Seamus feels he has matured tremendously since his season and is in a far better mental space than before. With a second shot, he is determined to play the biggest game Survivor has ever seen.

Shane has lived a very interesting, colourful, sometimes dangerous life. He has spent several years working in military counterintelligence, been a shoe designer, an outdoor advertising salesman, worked in the art department in the film industry and is currently a set dresser on an international reality show.

He has four children and admires their independence, critical thinking, rejection of societal norms and labels and proudly lists their achievements. He despises injustice, social prejudice, racism and exploitation of the vulnerable.

Having felt in control of the game in his season, he became complacent and allowed himself to get played. Losing out and being blindsided with idols in his pocket was a massive blow – and a mistake he won’t make again.

Shona is a successful, self-starting entrepreneur with a lingerie and swimwear brand she has been running for the last couple of years. She is also developing a new dating app and has been accepted to take this further at a tech incubator in South America this year.

She successfully pitched her business idea on Shark Tank and secured the investment she needed to boost her business when three of the five Sharks offered her capital. She is very proud of this moment, as she feels like she was seen as a strong, confident businesswoman.

Shona wants to make a difference in the world and advocates for body positivity, independence and flying the South African flag. She feels it is her purpose and study to contribute to SA, its economy, and its people.

During her previous season, she was overwhelmed and struggled to make connections, with her self-awareness and insecurity taking over. Despite her strengths as a social player, being called out by her captain as a weak physical player set her game back in a way that she found she couldn’t come back from.

Steffi is a former ‘beauty queen’ – but she’s not your typical pageant princess. A self-proclaimed ‘jock’, he has a long history of excelling in the sporting arena, too, making her a formidable Castaway.

After her appearance on Survivor South Africa: Island of Secrets, Steffi was called up to a training camp with the ‘Blitzbokkies’ – the SA Women’s 7s Rugby team – but seriously injured her knee and had a long road to recovery.

She’s learned her lesson from her season and will be working harder on the social side of her game, this time around. She also struggled with the scrutiny of Tribal Council and so has worked hard on speaking up when she believes she needs to.

Colourful Tania lives life on her own terms. Born in South Africa before relocating to the UK – and then returning when she was 21 – the now-retired business owner lives a quiet life on the coast.

An avid rock-climber, she doesn’t let society’s rules and restrictions constrain her any less than she does, gravity. She has a strong bond with her children – three biological and some fostered – and her five dogs.

She learned a lot about herself and the game of Survivor in her season and is thrilled to get the chance to implement those learnings now. Whereas she spent a lot of time off on her own looking for idols before, she plans to now spend more time with her tribemates. Tania is determined to win by aligning herself with the strong players and making herself valuable – at camp and as a vote.

Tejan is a 40-year-old electrical engineer with a Masters’ degree in engineering – originally from Verulam but now calling Johannesburg home. The self-proclaimed ‘Prince of Darkness’ has worked for Eskom for 21 years and been with his partner for 11.

He says he lives and loves life, considering himself something of a Renaisssance man and jack of all trades who enjoy the simple things in life. Tejan is in the best physical shape of his life and has trained hard for this moment to return to Survivor. He has a black belt in karate, a final brown in kickboxing and did some cage fighting.

He took pride in his status as one of Survivor SA’s early villains, getting a lot of validation from being part of the world’s greatest game. He’s accepted his ‘Survivor Conniver’ nickname and embraced the fact that his play made him a Castaway to be reckoned with. He’ll be keeping a keen eye out to see who he can trust – but doesn’t plan to give his trust away cheaply.

Tevin qualified as a medical doctor at Stellenbosch University. He is interested in Neuroscience and wants to specialize in that field of medicine.

Tevin had already won the ‘Mr. India South Africa’ title when he was 18 and was a presenter on Eastern Mosaic.

After a misguided social media post in the lead up to the Survivor South Africa: Philippines season finale saw him personally and professionally ostracised, he retreated to do some serious introspection and has matured since then.

He and his mom have watched Survivor together since he was seven – he calls himself a ‘Survivor Encyclopaedia’. Tevin is determined to cement his place in the Survivor history books as one of the best the game has ever seen. He wants to be recognised and revered as one of the best players in the world and he will stop at nothing to achieve it.

Marketing Manager Thoriso is the single mother of a son named Bulumko, meaning ‘wisdom’ in Xhosa. His name is a reflection of the high regard in which she holds education and the application of intellect.

As much as she’s a huge Survivor fan, her main aim for entering the game is to win the Sole Survivor’s prize money, to improve her financial situation. Last time around, she felt she had the ‘moves’ but not the social currency, playing herself out of the game. Now, she’s looking to play a more social game – even if it means pretending to like people. Thoriso says that meeting people who were smarter than her was a huge blow to her ego, which led to plenty of introspection – the lessons from which she’s bringing back to the game at her second attempt.

Content developer Toni feels that changes in her life post-Survivor SA: Philippines have released her to live her full life. The devoted fitness fiend made the move to Cape Town recently – part of her personal reinvention – and she says Survivor is an important part of her story.

Toni us incredibly active in the Survivor community, hosting online Survivor games, participating in Survivor fan events and is very vocal on social media platforms. Her straight-talking persona from the show is a reflection of her in real life, too. A bold character, she is someone who isn’t afraid to address conflict.

She feels she made too many emotional choices in her season, rather than listening to her gut. Understanding the need to form social bonds early in the game, she says she’s had to learn to stroke egos – and isn’t afraid to use that skill. She’s determined not to make the mistake of forcing herself to choose between loyalty and strategy again.

She feels she has grown a lot in the few months since her season of Survivor, growing more self-aware and identifying and addressing her character flaws. She had a strong work ethic around camp and was equally valuable in challenges, but her lack of social finesse and confrontational behaviour tripped up her game.

Survivor South Africa: Return of the Outcasts premieres on M-Net on 18 July, with episodes airing Monday to Thursday every week until the sole Survivor is named on 25 August.