A bold bid can be expected from Sean Tarry-trained top-weight Kahula with champion apprentice Lyle Hewitson in the saddle. 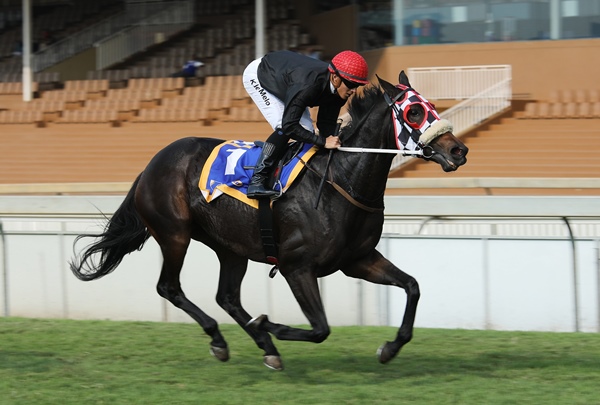 POLYTRACK HOPES. Pumpkin Queen will be looking to get back in winner’s enclosure when she tries out the Polytrack at Greyville in Race 6 today. Picture: Supplied

Dean Kannemeyer-trained Pumpkin Queen was unlucky in defeat last time with Keagan de Melo aboard, but the combination has a bright chance to make amends at the Greyville Polytrack today when contesting Race 6 and top-rated event, a MR 86 Handicap (F&M) over 1800m.

Following a bright second at Durbanville the three-year-old started her KwaZulu-Natal campaign smartly, winning by an increasing 1.5 lengths with De Melo up at Scottsville over 1750m. The filly unfortunately spoilt her chances of scoring a course and distance double next time when uncharacteristically slow out from a wide draw and having to settle for a short-head second.

However, carrying 6kg less this time and having a much better draw, this three-year-old is likely to get away on level terms and should recoup the losses.

A bold bid can be expected from Sean Tarry-trained top-weight Kahula with champion apprentice Lyle Hewitson in the saddle. Despite a bad start three runs back, the four-year-old made light of 62.5kg with a clear-cut win on the Polytrack over 2000m. The four-time winner was not disgraced from a slow start in her subsequent outings when switched to grass and just missing the frame in feature events. If she manages to kick her habit of losing ground at the start she will pose a major threat.

Also in with claims is ultra-consistent Arizona Sunset (apprentice Serino Moodley). The three-year-old was a gutsy maiden winner three runs back at Scottsville, and then teamed up with Moodley she was good third over 2400m at Greyville. Switched back to Scottsville the combination posted a smart 0.5-length win over 1950m.

Others worthy of consideration are Illuminate, Star Evolution, Inga and O’Keeffe.

There are some other bright prospects worth following on the card. The Western Cape raider Provocateur (MJ Byleveld) looks the part in Race 2, and fitted with blinkers for the first time the colt should exit the maiden ranks.

The Andre Nel stable has a bright chance of success in Race 3, a maiden contest, with the colt Sharpe’s Eagle (Gareth Wright) who is improving with each run. The same combination could claim victory in Race 4, a 1200m MR 72 Handicap with Open Court. The three-year-old failed narrowly last time when attempting a double in sprints on the Polytrack.

Brett Crawford-trained Falkland (Corne Orffer) has shaped well in his three runs on the Polytrack and will be tough to beat in Race 5, a 1000m MR 80 Handicap. This gelding was a decisive maiden winner in his penultimate outing and followed up with a promising second over the same distance.