Striker back next Saturday

Small niggles get Strydom a medical time out and a change to some of his equipment. Meanwhile, seven Maiden Plates should make life easier for bettors. 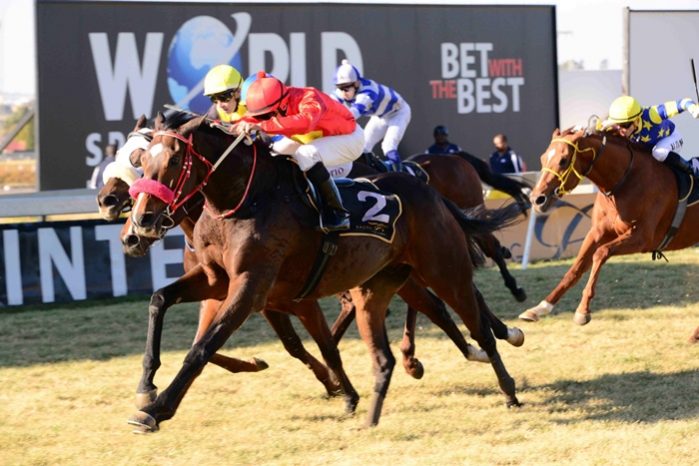 VALUE BET. Cool Chardonnay ran well behind It’s My Turn in the Gold Vase at Greyville and could be hard to beat in Race 2 at Turffontein today. Picture: JC Photographic

This is a quiet time of the year and I have been medically booked off to take care of a few wear-and-tear issues. Income is not the same if you’re booked off because it’s a case of no work, no pay. You also lose out on your regular rides, and even those moderate rides you get at this time of the year turn into good rides.

So basically, after 37 years of race riding, all the pressure I’ve been placing on the inside of my ankles has made the area tender. So, I have decided to take a short rest and have also changed some of my equipment to compensate for the problem. However, I will be back in the irons next Saturday.

I’ve been asked why I say at times that a particular horse will be more suited to a galloping course like the Standside track at Turffontein while others will prefer the inside track.

Let’s take two top athletes – a sprinter like Usain Bolt and a long-distance runner such as Bruce Fordyce when he was at his peak. Let’s assume they are running a race on the track with the shorter straight like the Inside track. As they come for home they both kick into overdrive. Bolt, as a sprinter, takes off immediately and in a matter of strides he moves well clear of Fordyce. However, his kick only lasts 100m but he has built up a big enough lead in the short straight to make it impossible for Fordyce to catch him.

Now let’s put them on the Standside track with a 700m straight. Once again, they come into the straight and Bolt kicks clear. Fordyce takes longer to build up momentum but once he does Usain has shot his bolt and with 300m left to run Fordyce has enough time and distance to run him down.

It is the same with horses. Some can turn it on quickly and get away from the opposition and others need more time to build up speed.

Of course, a really hard gallop on the Inside track could change all that as your good galloper could neutralise that effect because they have gone so fast in front that Bolt has little left in the tank by the time they come into the straight and will no longer have that devastating kick, giving Fordyce the chance to catch him as all the frontrunners fade.

Sometimes I realise that I might need to speed the race up myself but that has repercussions if I don’t win. Sometimes I make the right decision but if I get beaten everyone thinks I rode a bad race.

We race on the Standside track today and where majority are Maiden Plates which means it should not be that difficult a card as a better quality and a moderate horse are carry the same weight.

Race 1 is a sprint and my first choice is Inexhaustible. He had a very good first start where he just got beaten, especially as it was around the turn. I rode Gunston who finished fourth in that race and has won since.

Race 2 is a Handicap over 2400m where every horse has a chance of winning. My first selection is Cool Chardonnay who was beaten just 2.35 lengths behind It’s My Turn in the Gold Vase on Durban July day. If that run has not taken too much out of him then he has to be the horse to bat.

Race 3 is another Maiden Plate over 1000m where Dewali has a very high merit rating. He has raced in three features and if near his best will be hard to beat. I will make him a Place Accumulator banker. Others to consider are Sea Dance and Coyote Girl who also ran in a feature in her only race.

Race 4 is another Maiden Plate and Rock A Roll Dancer is another PA banker. She could be a Pick 6 banker as her main dangers could come from well-bred unraced horses.

Race 5 is a Pinnacle Stakes where your highest rated runner should come out on top. La Bella Mia is the best handicapped runner and has a 4kg claimer on top as well, but as a filly she could be at a disadvantage.

The danger could be Africa Rising but the race does not stop there. I rode Angel’s Power last time and he was a bity naughty as we were about to jump away and unfortunately missed the start. He had to come from too far back but still ran a creditable second.

Mardi Gras is another horse who has the potential to go to the top as he finished just 2.50 lengths behind Durban July winner Do It Again in the Daisy Guineas. But that was over 1600m and as the tracks are running fast he might find this 1160m too quick. For the PA go with Africa Rising and La Bella Mia and for the Pick 6 put in all of them. Otherwise you might need the field.

The scratching of Deerupt has made Race 6 quite open. On ratings the race should be between Huddle, Choir Singer and Brave Zndaya but the runner who could improve the most is Julep. For the Place Accumulator go with Choir Singer and Julep and for the Pick 6 go with anything else that catches your eye.

I rode Huddle last time out and she seemed to be going nowhere very soon. However, as last time was over 1000m she might now be looking for the extra distance.

Race 7 is another Maiden Plate and this looks more tricky. The main runners are Make Your Move, Vartanium and Chipofftheoldblok. You might need to put all three in the PA. Naturally all the unraced horses come into play for the Pick 6 but of the raced horse Maroon Bells might have to be included.

Race 8 is another Maiden Plate in which nothing stands out so include Satin Slipper and Abelie in the PA. For the Pick 6 consider the field.

Race 9 is another Maiden Plate and the two strongest on form are Roll Of Drums and Fort Carol. They should be good enough for the PA. For the Pick 6 include Stars And Bars, Skip The Light and possibly Stalking. I rode him last time out and unfortunately he had a bad start. He was very intimidated by the other runners and the kick back didn’t help him either but he could improve quite a bit.