Schippers has the form to win Grade 3 Sycamore Sprint

Last Saturday's Derby meet was a day to remember. The reason? Immaculately turned out horses and freedom to ride tactically are the keys to success. 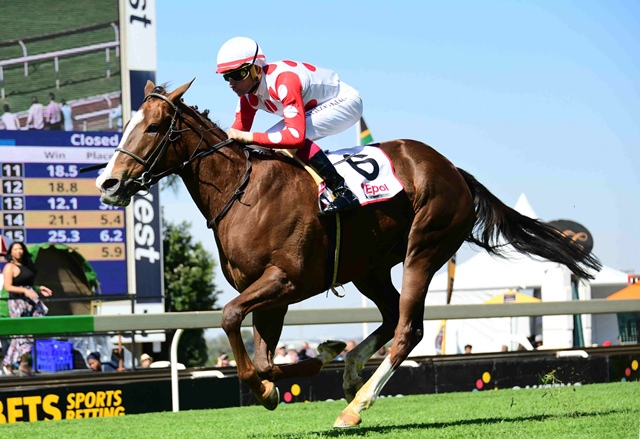 GOOD BET. Piere Strydom believes Schippers should be a banker in all bets when she contests Race 6 at Turffontein today. Picture: JC Photographics

Last Saturday was one of those days that comes out of the blue. Sometimes you expect to have a good day and it doesn’t happen. Then you have days when you haven’t got the best rides and things just work out for you.

In the Wilgerbosdrift SA Oaks I knew I had a chance on Return Flight but it all depended on whether she would stay or not. In the SA Derby I rode Samurai Warrior and I was happy just to get a ride. To be realistic, the horse did not have a high merit rating and he also had to beat one the highest rated horses in the world in Hawwaam. I knew I had a horse who stayed and there was always the chance of Hawwaam not seeing out 2,450m. When Hawwaam bolted and was withdrawn, the hopes of the rest of the jockeys went up a notch.

What helped me a lot in winning the two races was that I rode two horses who were immaculately turned out by Sean Tarry and Weiho Marwing, respectively. And then it was made a lot easier because both trainers gave me the leeway of riding the horses at the pace I thought was right tactically.

I have been riding for 38 years and have ridden more than 5,000 winners so I should know how to ride a race.

Naturally, riding for trainers who give you the freedom to do what you believe is right makes a huge difference. Of course, you have to have a decent horse and that has been a bit lean for me lately, so to have two Graded-race winners out of the blue made it a day to remember.

Hopefully, having a day like that will help me get better opportunities, especially with the big season coming up in Durban.

I also had a lot of well-wishers congratulating me, which is something you miss when it’s eluded you for a while.

Today we race on the Turffontein Standside track where we start the meeting with a Maiden Plate over 1400m. Don’t forget, a low draw is quite an advantage over this trip and therefore my first choices are Duology and The Sands.

Race 2 is also a Maiden Plate over 1400m where we have an interesting runner in Masaaqaat as she is still a two-year-old. At this time in their careers it is not that easy to beat older horses but sometimes a young, talented runner can overcome that obstacle and Masaaqaat might just have the ability to beat these horses as it is not a very strong field.

The danger on form is Notquitethereyet, but she has a wide draw, and therefore my ride, Comet Crystal, looks the main opposition. She has a good draw, but for some reason when she comes out the stalls, she jumps like a rabbit into the air and leaves you at a disadvantage.

Race 3 is a Maiden Plate over 2400m where my first selections, in order of preference, are The Litigator, Smart Deal and Hit For Six. For the Place Accumulator pick any of the two mentioned because it is a small field and there are some runners with no chance at all.

I ride William Henley who on merit rating could run a place, but as he is lightly raced he could improve enough to even win a race like this.

Race 4 is a stakes race over 2400m and your highest rated horse should win. That is Lady Val, but she is taking on the colts, which makes it tougher, and as she has not tried the distance, is a bit of an unknown quantity.

For that reason I’m leaning towards Wonderous Climber because if you ignore the last run his form is pretty good. His dangers are Dromedaris and my ride, Come The Day. He failed in his only start over 2400m but I rode him last time over 2000m and it didn’t feel like the extra 400m would be a problem.

For the Pick 6 go with all three but for the PA Wonderous Climber should be good enough.

Race 5 is a Pinnacle Stakes over 1000m and should favour your best-weighted horses. But in this case the form does not match the merit ratings as there are quite a number of horses who have finished quite close together on many occasions.

You probably need to include lots of runners in the Pick 6, and for the PA, at least four runners.

My selections, in order, are Speedpoint, Trip To Heaven, Exquisite Touch, Pinnacle Peak and Kissable. You could also consider Rebel’s Champ and Attenborough as well.

I ride Valbonne who seems held on both form and merit ratings but as he won last time out he could be included in bigger perms.

Race 6 is the Grade 3 Sycamore Sprint over 1160m, which is a handicap for fillies and mares. My first selection is Schippers. She ran in a feature race last time and that form is quite strong. She is a possible PA and Pick 6 banker. It is a difficult card so she could be the banker but if you can afford a bigger perm then include Covered In Snow and Carioca who, even though she ran in weaker company last time, did win impressively.

Race 7 is the Grade 2 Colorado King Stakes and it looks to be a battle of the sexes. I am going with the females, with my first selection being Sylvan On Fire. Unfortunately, she has a wide draw so it could be worth including the likes of Secret Potion, Fort Ember and Dawn Assault. For the PA go with Sylvan On Fire and one of the others. For the Pick 6 include all of them as well as Divine Odyssey, who could have room for improvement even though he is not well handicapped.

I ride Cash Time who looks to be held on form, but hopefully there will be some improvement and he could run a place.

Race 8 is a handicap and my first selection is Glamorous Scandal. I believe she is better over this distance so, with a good draw and her apprentice claim, I feel she could be a PA banker. For the Pick 6 consider Emerald Bay, Elegancia and Itsmydarlin.

Race 9 is a fillies’ handicap over 1400m and the draw should play a big part. My first choice is Steady Way, who although she did not beat a strong field last time, has quite a low merit rating, which has put her in with a big chance, especially as she is lightly weighted.

The danger is La Bastide, because from pole position she should have the run of the race.

Those look good enough for the PA and perhaps even for the Pick 6, but if you want to go wider you could include My Dream Chaser, Abelie, Vi Va Pi Pa and my ride, Now You See Me.