Candice Bass-Robinson had a winner on her very first meeting since taking over Bass Racing from her father Mike and has added a couple more notches to the scoreboard since. 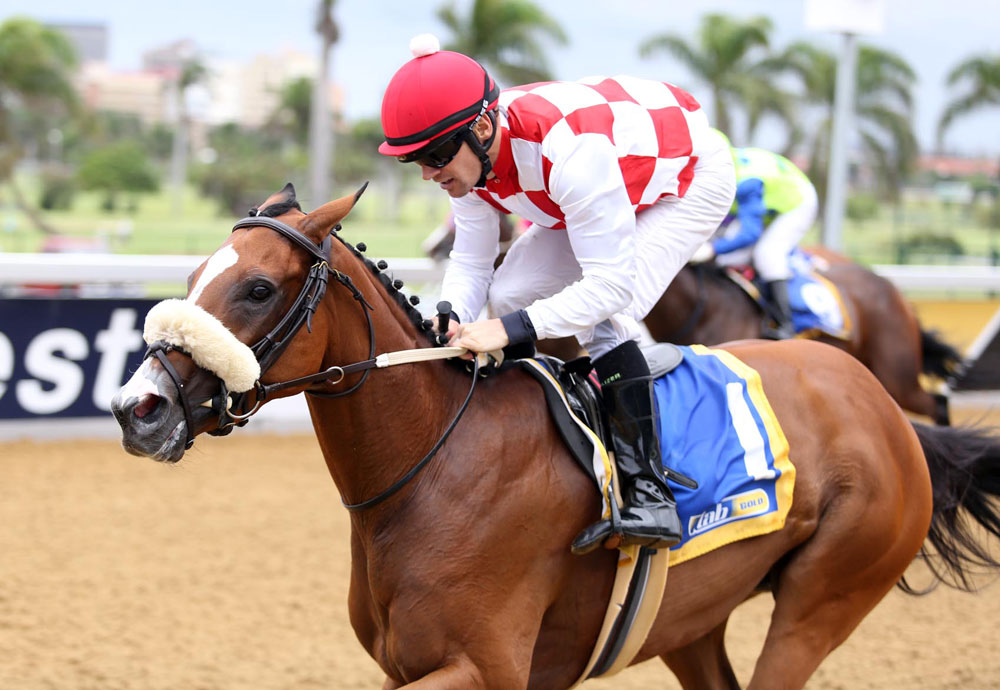 DANGER. Hey Georgie Girl stands out as the biggest threat to St Elmo’s Fire in Race 5 at Greyville tonight.

St Elmo’s Fire could keep up the momentum on the Greyville Polytrack tonight when she runs in Race 5, a FM 64 Handicap over 1400m.

Only recently sent to Bass Racing’s KwaZulu-Natal satellite yard, which is run by Robert Fayd’Herbe, she made a winning exit from the Cape, when beating Charisma (a winner next time) by 1.25 lengths in a Maiden Plate over 1600m at Kenilworth.

She steps up in class and races on the Polytrack for the first time, but now knows what is needed of her and should take both in stride.

Hey Georgie Girl won a Maiden Plate back in January and has been battling a bit since, but has shown signs of a rejuvenation of form over this course and distance in her last two starts. She finished third behind Alzerra last month and then was a trifle disappointing when backed and only fifth behind Roy’s Rakara. She ran on well in the Roy’s Rakara race and Stockade, who finished 0.50 lengths ahead of her, won next time. Hey Georgie Girl could make amends.

Roy’s Dollar is another filly who could make an impact, wearing cheekpieces for the first time. She has not done too badly in her three races out of the maiden ranks and last time out, finished a 1.25-length third behind Thaler Point over 1600m on this track. That was not the strongest of fields, but she will strip 100% fit now in her third run after a layoff.

B Twenty One will have her supporters, with loads of improvement to come in only her third career start. She won on debut over 1200m at this track and then finished eighth after a slow start over 1400m at Scottsville in April. She returns from a rest and should improve.

There’s not much to choose between Private Dancer and Tigress Dance, but the latter has drawn at No 12, which could make life difficult for jockey Brandon Lerena.

Brave And Bold is rarely beaten far and must be considered, while Sea Fan is erratic but reverts to the same distance of her only win to date and could improve.