From top racehorse to champion mom

Beach Beauty, the darling of South African racing not long ago, wouldn’t sleep nor eat for three days after her colt was born a few weeks ago. 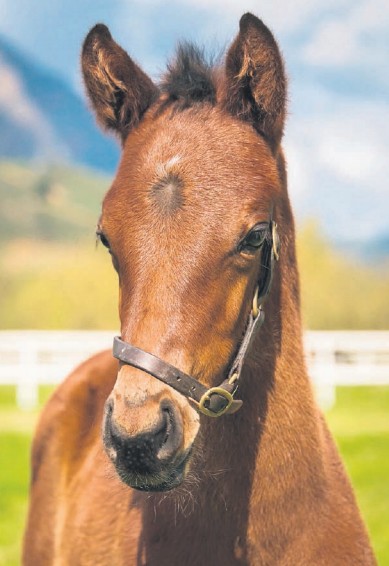 The beautiful nine-year-old bay mare was retired to Gaynor Rupert’s serene Drakenstein stud, nestled in the Cape winelands, two years ago after winning the Garden Province Stakes at Greyville on Vodacom Durban July Day – her 12th feature-race success and her fifth Grade 1 triumph.

Stud manager Ross Fuller says she has let down into a “magnificent broodmare”. “She has always been a lovely horse. She’s placid and easy to work with. “She’s a good-looking broodmare – you won’t recognise her from her racing days.”

Rupert concurs, adding: “She’s an incredible mother, albeit somewhat overprotective because of what happened last year.”

The main reason for Beach Beauty’s anxiety was that her first foal – by one of the stud’s resident sires, Duke Of Marmalade, European Champion Older Horse of 2008 and an Irish-bred son of oft-champion sire Danehill – was stillborn a year ago.

Beach Beauty went into mourning and, according to Fuller, “still remembered that” when her colt was born on August 15.

“She’s been very protective. She didn’t want to see her foal move away from her. If he did, she hovered.

“We’ve put her back in foal to Duke Of Marmalade this breeding season and she’s now forgotten her woes – although she’s still very protective. She looks after her boy like gold.”

The colt, named Wild Coast, is by American-bred stud Trippi, arguably the farm’s best stallion and one of the greatest sprinter-milers in the world in 2000. The mating with Beach Beauty (herself a daughter of Durban July winner and top sire Dynasty) is likely to have produced a top-class horse.