Agrella set for a special day in Kimberley

Defeat is unlikely to happen today again today as this son of Kahal needed that run as it came after a month’s rest. 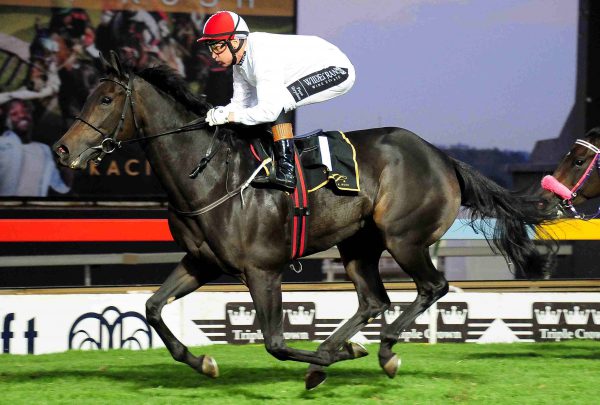 Callan Murray will definitely be the talk of the town following his exceptional performance on Saturday, winning three of the four Group 1 races at Turffontein – I foresee a future SA champion in him. But while he rests on his laurels and is not riding today, racing makes a return to Kimberley and Wayne Agrella could be the man to follow in Race 7, a Pinnacle Stakes over 1600m.

Last time we were at Flamingo Agrella scored two victories and will want to extend his tally when teaming up with Stephanie Miller.

He rides Red Special whose record on the sand is impressive with 13 runs for seven wins and three places.

This gelding shouldered 8kg more than First Sea Lord in his last outing when beaten 2.50 lengths into second.

Defeat is unlikely to happen today again today as this son of Kahal needed that run as it came after a month’s rest.

He’ll be in fine fettle now making him very hard to outrun, he also returns to the 1600m trip where he’s proven to be most effective.

Secondly, he’ll have to overcome a wide No 11 draw. However, that shouldn’t raise too many red flags as we saw him overcome this hurdle in his Kimberley debut run when impressively skipping 8.25 lengths clear of his competition – his class should see him through.

A number of runners are held on form by Red Special, he’s defeated at least half the field. I can’t imagine First Sea Lord beating Red Special today even with the light weight and the good No 2 draw advantage. He’s been reported being slow into stride over his last two outings and was well beaten when taking a leap in class last time. He’ll be taking an even greater leap today facing stronger, will he manage?