The gelding will be equipped with blinkers this time and with the advantage of a good inside draw he will be tough to beat. 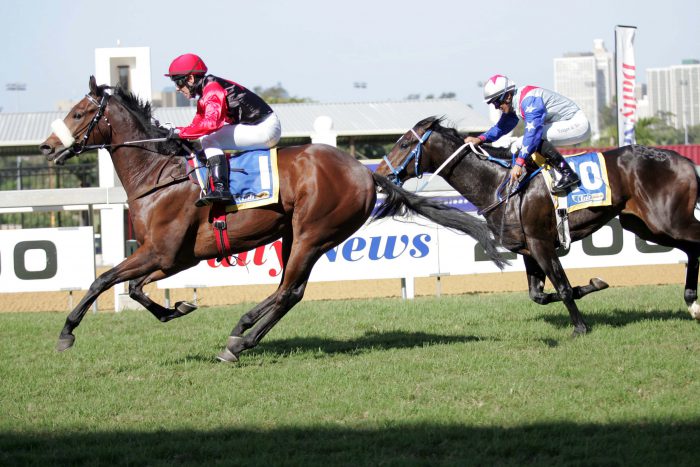 READY TO WIN. Afrikaburn ran a decent race last time and looks to be a betting proposition in Race 4 at Fairview today.

Justin Snaith-trained Afrikaburn has been threatening a fifth career win and that could come at the Fairview Polytrack today when the six-year-old teams up with Raymond Danielson in Race 4 and main event, a Pinnacle Stakes over 1400m.

Louis Mxothwa was aboard in the gelding’s penultimate outing when he came from last after slow start to finish close-up fifth in a Pinnacle Stakes over the course and distance. There was much to like about his subsequent run with Craig Zackey up as he ran on stoutly under 60kg to claim a 1.25-length second in a 1600m MR 93 Handicap at the same venue.

The gelding will be equipped with blinkers this time and with the advantage of a good inside draw he will be tough to beat. Making most appeal of the others are Sir Duke, Stratocruiser, Miracle Bureau and top-weight Gogetthesheriff.

However, it will pay to follow champion trainer Alan Greeff in the minor events. He should get punters away to a winning start with three-year-old Piera  (Aldo Domeyer) in Race 1, a 1200m Maiden Plate.

The filly followed up a moderate debut with a much improved run when switched to the Polytrack and finishing third over 1200m. Any further progress should see the filly exit the maiden ranks. Her chief rivals are Deago Deluxe, Western Officer and Seattle Affair.

The combination could make it a quick double with Junta in Race 2, a Maiden Plate (F&M) over 1300m. The four-year-old comes off two good runs since joining Greeff’s stable – finishing a half-length second at the Polytrack over 1300m and then a close fourth over the same course and distance.

Equipped with blinkers for the first time and with a favourable inside draw again she has a bright chance to crack her maiden win. The best of the remainder are Equestris, Goddess Aurelia and Bandanna.

Greeff-trained Our Destiny (Domeyer) looks a stand-out bet in Race 7, a Conditions Plate (F&M) over 1000m. The mare was a decisive winner in her penultimate outing at Scottsville and then joining Greeff’s stable she was a promising fifth in a 1000m MR 104 Handicap at the Polytrack.

The five-year-old comes off a three-month rest but is likely to have been primed for another win.