While the decision was made to leave him in the Cape and not tackle the country’s best in KwaZulu-Natal, Act Of War has to be one of the best two-year-olds around. 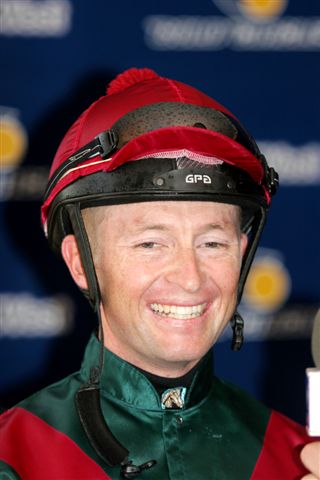 He easily disposed of his opposition in two successive feature races at Kenilworth, the Grade 3 Langerman over 1500m and the Listed Winter Juvenile Stakes over 1600m.

Trainer Joey Ramsden saddled all but one of the runners in the Winter Juvenile to ensure the race stayed alive and one of those propping up the race was Captain’s Orders. This son of Captain Al is still a maiden but ran superbly in the feature, finishing well to end up in third spot, beaten just 1.75 lengths by his more illustrious stable companion.

It is hard to actually assess how good that form line will turn out as Act Of War was being eased up well short of the line. Nevertheless, they met at level weights and that has to be seen as a very decent effort.

Captain’s Orders returns to maiden company in Race 5 over 1300m at Durbanville tomorrow and a repeat of his effort in the Winter Juvenile Stakes has to make him a very hard horse to beat, even though he is a two-year-old racing in open company. One needs to take into account they will all turn a year older on Friday so the age issue should not be much of a stumbling block.

Even more important is that Captain’s Orders has already run at Durbanville and finished a 0.75-length second behind Charles Lytton over 1400m. He tried to lead from start to finish but was caught close home. He was ridden by an apprentice on that occasion and no doubt the connections were keen to use the 2.5kg weight allowance to their advantage.

However, Greg Cheyne was given the ride in the Winter Juvenile and he is back aboard on son of Captain Al in this event. One of the most important factors at this course is a good inside draw and Captain’s Orders is perfectly placed at No 2.

The danger could come from another Ramsden-trained runner in Stem In Die Bos. This son of Trippi has only raced once and showed a great deal of pace in a maiden plate over 1200m at Kenilworth. He faded in the closing stages to finish fourth, beaten seven lengths by Alpha Pegasi.

Ramsden’s runners often improve markedly in their second starts and that could be the case here. Aldo Domeyer rides and they jump from barrier No 4.

Justin Snaith saddles three-year-old Mr Leyend, who has placed in his last four starts in races at Kenilworth ranging from 1200m to 1600m.  However, he has yet to race at Durbanville and worst of all, he will have to jump from No 11 draw.

Snaith has engaged experienced Bernard Fayd’Herbe to ride the Argentinian-bred gelding and his experience could make a lot of difference but they will need a lot of luck to beat Captain’s Orders.

There has been a lot of rain at Kenilworth and Saturday’s meeting was abandoned due to the poor weather but hopefully they will be able to race tomorrow.