Fillies on the stage

The scratching of three-year-olds Lady Of Steel and Golden Belle puts a runner like Sekhmet in with a big chance. 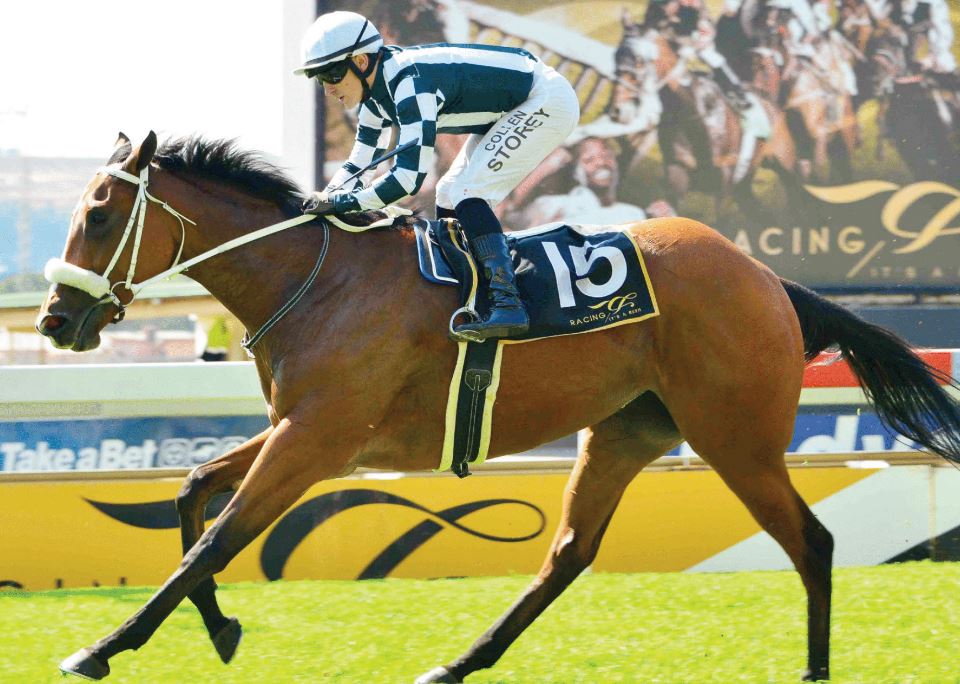 WELL HANDICAPPED. Stage Dance is the best weighted runner in Race 4 at the Vaal tomorrow and looks the runner to beat in this Graduation Plate for fi llies and mares over 1450m on the Classic track. Picture: JC Photo- graphics

At this time of the year many trainers are preparing their runners for the upcoming Autumn Season on the Highveld and among those events is the Wilgerbosdri Triple Tiara in which a R1 million bonus will go to any three-year-old filly who can win the Gauteng Fillies Guineas, SA Fillies Classic and the SA Oaks.

There are some three-year-olds who are not well exposed but could be contenders for the features. A few of these will line up in Race 4 on the Vaal Classic track tomorrow in a Graduation Plate for fillies and mares over 1450m. The best-handicapped runner is Mike de Kock-trained Stage Dance who is rated 4kg clear of her opposition.

As a one-time winner, it comes as a bit of a surprise but if one peruses the form more closely you can understand how this has happened. De Kock has never been scared to throw his runners in at the deep end and this daughter of Duke Of Marmalade is no exception.

After three runners as a two-year-old, Stage Dance was rested and brought back on 14 November to contest a Pinnacle Stakes for fillies and mares where she came up against Celtic Sea.

She was beaten seven lengths but not much was expected that day as she drifted in the betting. She followed that up with a third behind Green Top and a 1.50-length second to Snow Palace, both in Graduation Plates, before finishing a two-length fifth behind Mount Laurel in the Grade 3 Three Troikas Stakes over 1400m at Turffontein.

Stage Dance has raced well against older fillies and was run- ning on in a feature for her own age group so she should feature strongly in a race of this nature. Callan Murray gets the ride but the concern is the No 10 draw on a course and distance in which a good barrier position is a big advantage.

The scratching of three-year-olds Lady Of Steel and Golden Belle puts a runner like Sekhmet in with a big chance. She has a close win and a 0.40-length second from her two runs, both over 1200m, so could improve lengths.

Others to consider are Rio’s Winter, who ran a great 0.20-length second behind Rock-in Russian last time, and the two older runners, Green Top and Isle De France.

When Isle De France won on debut in October 2018, beating Vi Va Pi Pa by 4.10 lengths, De Kock’s charge looked to have some potential. She followed that up with two unplaced runs in three-year-old feature races and then took almost a year off the track.

She finished with just one behind her against Ikigai in her comeback but then showed good improvement next time out when a three-length third behind Topmast. De Kock has engaged French jockey Jerome Moutard and any further improvement would make her a lively runner in this field.