Zulu Warrior is back

Former Charity Mile winner and Summer Cup fourth place getter Royal Zulu Warrior showed in his last start, when winning easily by three lengths, he is capable of regaining some of his shine. 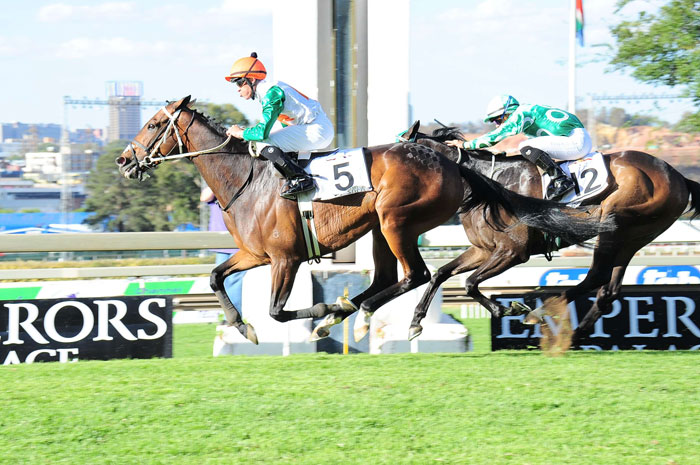 Royal Zulu Warrior has regained his form since racing on the Polytrack at Greyville and can win Race 5 at the course this afternoon.

Royal Zulu Warrior looks the one to be with in Race 5 at Greyville today, a Pinnacle Stakes over 1200m on the turf.

Now eight-years-old, Royal Zulu Warrior won six of his first 11 outings between December 2010 and November 2013. The Australian import then ran his best race to date (in defeat) when fourth to Yorker in the 2013 Summer Cup over 2000m at Turffontein.

That great run might have taken something out of Royal Zulu Warrior as he remained winless throughout 2014, finishing unplaced in 10 starts.

Admittedly most of those runs were in feature races and, more often than not, he was not disgraced.

A fourth place behind Sheik’s Brashee in January this year indicated the Mossman gelding might be on his way back, and then a win followed last month.

Apprentice Tristan Godden was able to get Royal Zulu Warrior to lead and he relished the Polytrack surface, running out an easy three-length winner. Blinkers could be the catalyst causing the resurgence in form and it is pleasing the young apprentice is given another crack on Royal Zulu Warrior.

Showmetheway is best weighted under the conditions of the race and could have just needed his last run when fourth behind Royalsecuritypower last month. Blinkers were tried that day and they will again be fitted for this race. The 1200m, and maybe ever further now, will suit him.