Marcus can add to his tally at the Vaal

Jockey Anton Marcus had won 13 of his 39 races from Champions Day to last Sunday, finishing unplaced only 11 times, and the four-time champion jockey has outstanding chances of winning on both his mounts at the Vaal tomorrow. 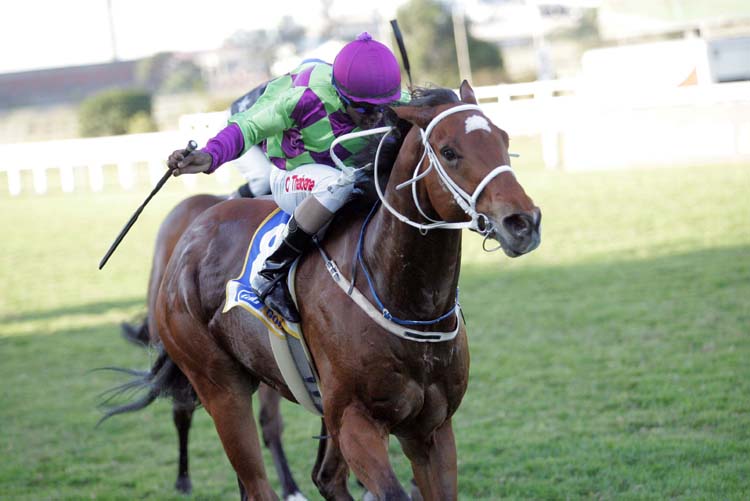 JOCKEY STRIKE. Anton Marcus will be aboard King's Jet in Race 5 at Scottsville today and that could make a massive difference.

Marcus is carded to ride Deo Juvente and Rake’s Chestnut for trainer Geoff Woodruff in races 7 and 9 respectively.

Rake’s Chestnut runs in a 2000m MR 88 Handicap, a far cry from the lofty heights of last year when, admittedly, his only awesome performance was his second to Legislate in the Daily News 2000.

That run impressed handicappers to the tune of 9.5kg, his merit rating soaring to 109, but it seems now that run was an aberration. However, it’s taken a year for the penny to drop and Rake’s Chestnut is only now getting back around his original mark, having come down 21 points in the handicap. His followers are all hoping he starts to thrive again.

He showed a dull sparkle in a 1400m Graduation Plate at Turffontein in April on his return from a layoff when finishing a distant third behind Anjaal. That distance was on the short side for the four-year-old and the blinkers, worn for the first time in that race, remain in place.

There is no denying, though, that Rake’s Chestnut has been disappointing and he could well fluff his lines again in his second run back.

So Stonehenge, trained by Sean Tarry and to be ridden by Julius Mariba, is slightly better fancied.

Stonehenge won a Maiden Plate over 1600m on his sixth attempt, beating Quid Rides by 2.50 lengths and did not find a clear passage in his first run against winners next time, so the run can be ignored. Then tried over 2000m for the first time, he ran on strongly in the closing stages to finish a 2.25-length second to his stable companion and subsequent SA Derby winner Legal Eagle in the Derby Trial.

Deo Juvente was, perhaps, thrown a bit by the nature of the straight 1400m trip and might also have needed the outing after a layoff when fourth behind Zanzibar Man. He will strip fitter now and looks the right one in the MR 90 Handicap over 1400m.

Some of Light The Way’s best efforts have come over this straight course and Robbie Sage’s runner, who will wear headgear for the first time, looks a lively threat.

A bit disappointing last time out, he beat Tom Fool by 1.75 lengths into third over 1400m at Turffontein in January. Tom Fool is 2.5kg better off and should get closer. He followed that with a fifth behind Belong To Me in a 1450m feature at Turffontein and then finished second to Form Up over 1600m at this venue in his penultimate start.

My Treasure rises in class after scoring his first win in a race over this course and distance last month. He is lightly raced and could make his presence felt, while Cumberland and Rushing Lark are another two to consider for Trifecta and Quartets.