Buckinghampshire to bounce back to form 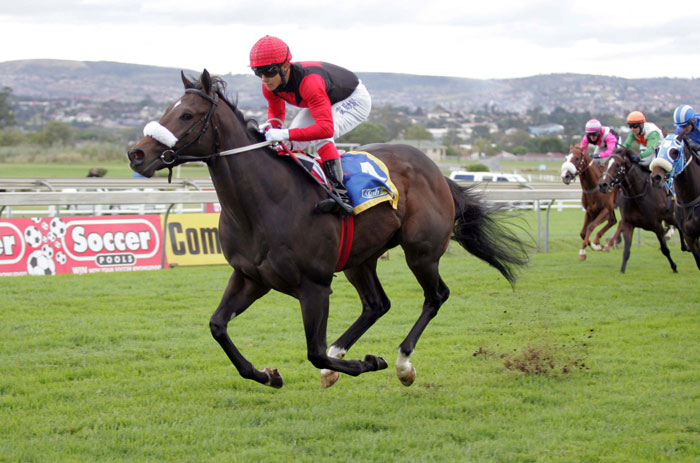 Buckinghampshire’s last run was so disappointing that it must have got trainer Justin Snaith shaking his head in disbelief (never mind those punters who had taken a short price).

The Australian import was weighted to win, and comfortably so, a Novice Plate over 1200m earlier this month at Fairview, but trailed in a modest fourth behind Firth Of Clyde. The Lonhro colt showed good early pace but stopped markedly in the closing stages.

That run can probably be ignored as he was reported to be striding short in front. The drop in trip to 1000m in Race 5 today, a Novice Plate, looks the way to go. Jockey Andrew Fortune has kept faith with him and once again Buckinghampshire is weighted to win comfortably as he is at least 5.5kg better off and more with his rivals.  With everything in his favour, his supporters may not take well to another defeat for the once highly rated three-year-old.

The Grant Paddock yard is in good form and his runner in Race 1, Stunning Angel, has performed well since joining the yard and could be ready to win.

Race 2 looks competitive with all of Thunder Punch, Salsa Music, Rhumba Magic and Fraternize holding winning chances. Thunder Punch is clearly a lot better than his last run would suggest and a switch back to turf could bring out the best in the Judpot colt.

Crown Of Gold is well weighted to win Race 3, a Conditions Stakes over 2400m, but can expect some stiff opposition from stable companion Drill Sargeant.

But maybe it is time for Putney Flyer to return to form. The seven-year-old has not shown what he has capable of recently but this longer tip is sure to suit and he is worth a small bet at what should be respectable odds.

Blue Dawn in unbeaten in three starts since being equipped with blinkers. Those wins were on the Polytrack and she may not be as good on the turf. As a result House Of Lorraine, Shauntrel and stable companion Starlight are all capable of beating her in Race 4.

The main race of the day the SA Airforce Guineas Plate will see most punters side with the Alan Greeff  trained Nottinghamshire. This Silvano colt has won twice from three starts and should have no problem at all with the 1600m trip.